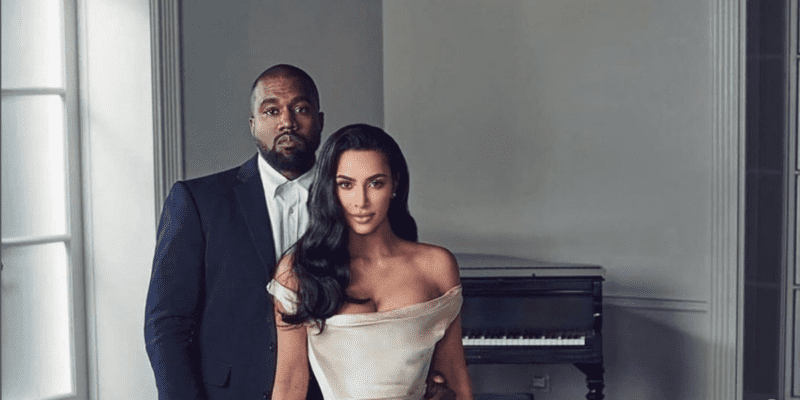 In a turn of events, famous rapper Kanye West opened up to the world about his tumultuous divorce from socialite Kim Kardashian on Instagram. Blatantly singling out comedian Pete Davidson and his reported relationship with Kardashian, the Donda artist, also tossed Disney’s previous CEO Bob Iger’s name in the mix, stating they “ruined” Star Wars and more.

Kanye (“Ye) West and Kim Kardashian only split in February 2021, but Kardashian isn’t wasting any time being single into the New Year. After starring as Princess Jasmine and Aladdin in a Disney parody on Saturday Night Live with comedian Pete Davidson, Kim Kardashian has pursued a relationship with the New York actor.

The SNL skit sparked some major controversy, but none more from their husband, Kanye West. Posting nearly 20 pictures on Super Bowl Sunday to call out Pete Davidson’s relationship with his wife, Kanye West also singled out Bob Iger, The Walt Disney Company, and their “ruined” treatment of Star Wars and Marvel:

THIS AINT ABOUT SKETE PEOPLE IT’S ABOUT SELLING YALL A NARRATIVE SKETE JUST PLAYING HIS PART IN FROZEN 3 ACCEPT ITS NOT IN THE THEATERS THIS TIME ITS ON DAILEY MAIL TELL BOB AND THE ENTIRE DISNEY STAFF YOU WAISTED YOUR MONEY ON STARWARS AND MARVEL BECAUSE EVEN THOUGH IT MAKES MONEY YOU WILL NEVER CONTROL THE HIGHSCHOOLS NO ONES EVER HEARD A MACHINE GUN KELLY SONG BOB.

In a now-deleted Instagram post, Ye wasted no time in calling out The Walt Disney Company’s previous CEO, Bob Iger, claiming that the Mouse House “wasted” their “money on Star Wars and Marvel because even though it makes you money, you will never control the high schools.”

It is unclear what Ye refers to when he mentions “high schools.” Still, West is very unhappy with Disney’s treatment of the sequel trilogy in Star Wars and Multiverse breakthrough in the Marvel Cinematic Universe.

Not all things are lollipops and rainbows in the sunshine state. In 2021, American media personality Kim Kardashian filed for divorce from pop artist Kanye West (now referred to as “Ye) after being married for nearly seven years.

There is little reported information on why Ye would single out Bob Iger (or perhaps Bob Chapek) and Disney’s acquisition of Lucasfilm and Marvel Studios, but the overall Disney connected ties back to Kim Kardashian and Pete Davidson’s Aladdin (1992) skit on Saturday Night Live.

That’s not all because Disney+ just announced their original streaming series, The Kardashians, that’s hitting Disney+ in the U.K., and the Hulu streaming service in the U.S. on April 14, 2022.

The series’ announcement in itself sparked controversy, as many claims that the Kardashians don’t necessarily fit the Disney code. Still, considering how popular Keeping Up with the Kardashians has been for the last decade, The Kardashians on Disney+ will surely draw significant crowds.

Nonetheless, Disney’s purchase of Lucasfilm from George Lucas and Marvel Studios has proven to be one of the most profitable business ventures in Hollywood history.

Spider-Man: No Way Home (2021) alone has grossed nearly $2 billion at the box office. Considering the massive success that The Mandalorian and The Book of Boba Fett have been on Disney+, Bob Iger knew precisely what to do once the Mouse House had control of these beloved intellectual properties.

Only time will put out these flames for Ye, Kardashian, and Pete Davidson. Hopefully, the artists can still enjoy new Disney content coming in 2022, such as Lightyear and the new Star Wars series/Star Wars story Obi-Wan Kenobi.

More About Spider-Man: No Way Home

Tom Holland is not currently working on future Marvel films but will star in his second Spider-Man trilogy, as well as the unavoidable Avengers 5!

What do you think about Kanye West’s Star Wars and Marvel comments? Let us know in the comments below!