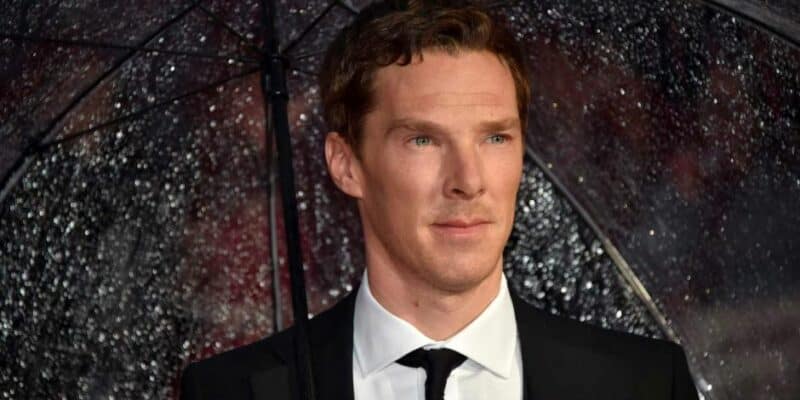 Several Wheel of Fortune fans were shocked as the longtime game show host, Pat Sajak admitted he didn’t know who Benedict Cumberbatch is. For Marvel fans, Benedict Cumberbatch is a well-known British actor who plays Doctor Strange in Doctor Strange (2017), Thor: Ragnorak (2017) Infinity War (2018), Endgame (2019), Spider-Man No Way Home (2021) and will be appearing in Multiverse of Madness which releases in theaters on May 6.

The drama began during the latest episode of Celebrity Wheel of Fortune as The Sixth Sense actor Haley Joel Osment, The Fresh Prince of Bel-Air actress Tatyana Ali, and restaurateur Curtis Stone played on behalf of their chosen charities against each other. According to Esquire, it was after Ali solved a puzzle was when Sajak revealed that he didn’t know the beloved Marvel actor:

Ali did explain who Cumberbatch was even though she was confused about why she was given a rookie question like that. Afterward, Sajak explained:

“I put the onus on her because I didn’t have the answer. So I pretended like I was just saying ‘Tell us. I, of course, know it, but you tell us.’ And that was a little host trick, if you want to know … My apologies, Mr. Cumberbatch. But I spend a lot of time in my basement. I have no idea what’s going on.”

After many people began to discuss what had happened with Sajak, Wheel of Fortune Tweeted out an official apology for Benedict Cumberbatch:

Even after the apology, many people took their sides on this.  Another user by the name @Boinie57 had to share their thoughts:

You should apologize. Benedict is an amazing actor and has never given a bad performance. Shame on you Pat.

In defense of the longtime game show host, the user @RomanGoodiin made it clear that maybe the 75-year-old should get a pass:

Nobody should need to apologize for not knowing who someone is. I don’t even think Benedict Cumberbatch is entitled enough to expect that either.

And another Twitter user, @BigJon0501 admitted to be in the position as Sajak:

I don’t know who he is either. Until I looked him up on the internet. Now I learned something & got a good laugh and need to come out of my cave every once in a while.

It seems that people are divided in what to expect from Pat Sajak as a game show host. After this, it seems as though Sajak has some homework to do — and binge some of the MCU — to make sure this doesn’t happen again. If he doesn’t, well then he is bound to not recognize some more big names as actors and actresses keep on joining the MCU as Marvel doesn’t have any plans to stop anytime soon. This year we will see Doctor Strange in the Multiverse of Madness, Thor: Love and Thunder, and Black Panther: Wakanda Forever.

Doctor Strange is reportedly going to have lots of friends and foes in his highly anticipated sequel in the Marvel Cinematic Universe as he will be joined by the Scarlet Witch played by Elizabeth Olsen on his side and America Chavez joining the MCU played by Xochitl Gomez, as well as Chiwetel Ejiofor returning as Mordo.

Benedict Cumberbatch’s Doctor Strange 2 — officially titled Doctor Strange In the Multiverse of Madness — will release in theaters on May 6, 2022. It is directed by Sam Raimi.

Do you think Pat Sajak should’ve known who Benedict Cumberbatch was? Let us know in the comments below!