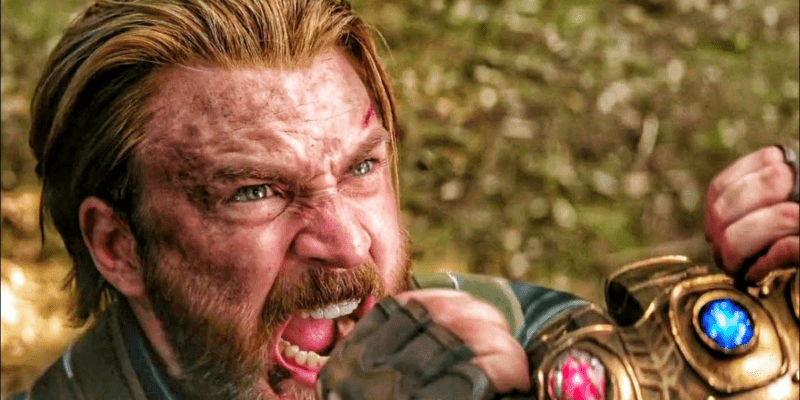 Could Captain America have stopped Thanos before Endgame? Every Marvel fan has an opinion on Avengers: Infinity War (2018), and how Thanos and The Snap were maybe not so inevitable. Perhaps if the Avengers had played their cards right to begin with, the Time Heist in Avengers: Endgame (2019) would’ve been unnecessary, with Thanos (Josh Brolin) defeated and The Blip averted.

Now Nia DaCosta — director of the Captain Marvel (2019) sequel, The Marvels (2023) — has come up with possibly the hottest take in the Marvel Cinematic Universe. Nia DaCosta blames Marvel’s infallible super soldier, Steve Rogers (Chris Evans) for making a choice that cost the lives of half the universe — painting Captain America as a villain in Infinity War.

There’s plenty of blame to go around for the events of Avengers: Infinity War. Thor (Chris Hemsworth) could’ve “gone for the head” with his Stormbreaker chop on Thanos. Doctor Strange (Benedict Cumberbatch) could’ve kept the Time Stone, rather than trading it for the life of Tony Stark (Robert Downey, Jr.). Maybe the Eternals could’ve done… something.

In a new interview with Inverse, The Marvels director, Nia DaCosta shares her opinion that Steve Rogers and his stubborn morals got in the way of nipping the whole Infinity Gauntlet thing in the bud. The director shared her theory that Captain America was in many ways responsible for the eventual Snap of Thanos due to his unwillingness to destroy Vision (Paul Bettany)and his Mind Stone, explaining:

“Something I like to say a bit flippantly about Captain America is that the Snap is all his fault because he was trying to do his best, trying to do the right thing. There is a world in which he’s a villain because, at the end of the day, he should have just sacrificed Vision. He chose one robot’s life, albeit a sentient one, over literally the entire universe. There’s a sort of anti-hero in that if you want to look at it through that lens.”

Related: Did You Miss The Secret Winter Soldier Reveal In Latest Marvel Show?

From a certain point of view, Nia DaCosta’s claim makes sense. Trading the sentient synthezoid life of Vision for half of existence sounds like a reasonable call. By destroying Vision’s Mind Stone and ending the possibility of Thanos assembling all the Infinity Stones, The Snap would’ve been prevented. From a strictly utilitarian standpoint, this decision serves the greater good.

However, for better or worse, Captain America doesn’t trade lives.

In Captain America: Civil War, Steve Rogers is willing to take on the whole world to defend the Winter Soldier, his pal, Bucky Barnes (Sebastian Stan). In Avengers: Age of Ultron, Cap refuses to cut and run until every soul in Sakovia is safe and sound, despite impossible odds.

DaCosta makes an interesting case for Steve Rogers deserving more blame for his role in Infinity War, though it’s difficult to call Captain America a villain in any sense.

Marvel Studios recently pushed back the release date of DaCostas’ The Marvels from November 2022 to February 17, 2023. Several other major Marvel Studios releases were also postponed including Doctor Strange in the Multiverse of Madness (May 6, 2022), Thor: Love and Thunder (August 7, 2022), and Black Panther: Wakanda Forever (November 11, 2022). Marvel is still on track to release the upcoming films Eternals — opening November 5, 2021 — and Spider-Man: No Way Home — hitting theaters December 17, 2021.

Related: Zombie Cap Makes His Debut at the Disney Parks

Captain America 4 is currently in early development with Sam Wilson (Anthony Mackie) taking over the Captain America shield for Steve Rogers. The Falcon and the Winter Soldier showrunner Malcolm Spellman is signed on to write the film.

Do you blame Captain America for Thanos and The Snap in Avengers: Infinity War? Let us know in the comments!