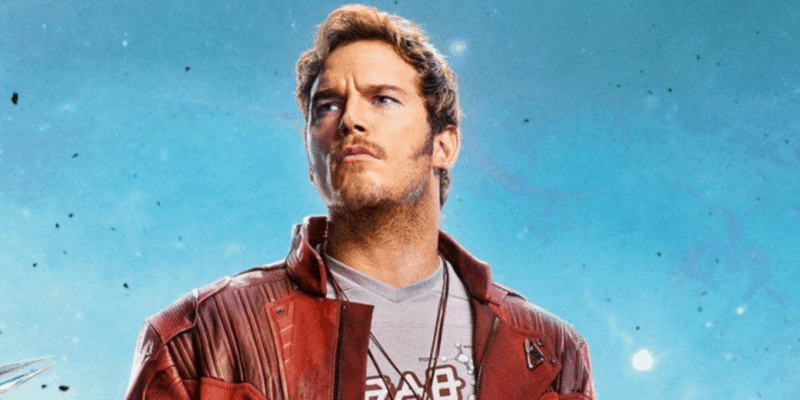 In the Marvel Cinematic Universe, Chris Pratt’s Star-Lord is a Terran — but he doesn’t see Earth as his home.

In Avengers: Infinity War (2018) Peter Quill tells Iron Man (Robert Downey Jr.), “I’m not from Earth, I’m from Missouri.” While the quip was seemingly played for laughs, the line is revealing — letting audiences know how the human and Celestial Peter Quill views himself and his place in the Universe. More than a man without a country, Quill is a man without a planet.

This is precisely why Star-Lord must return to Earth in Marvel’s Guardians of the Galaxy Vol. 3 (2023).

Related: ‘Guardians of the Galaxy’ Will Introduce “One of the Greatest MCU Characters“

The chief creative force behind the Guardians of the Galaxy films, director James Gunn, recently conducted a Q&A on Twitter. A Marvel fan asked Gunn why Peter Quill was only shown on Earth for a brief period in Avengers: Endgame (2019). The Twitter user, Carlos Diaz, apparently feels the way many Marvel fans did following Endgame — curious as to why a human with family ties, memories, and a deep affinity for American pop culture didn’t spend more time on his home planet.

Gunn answered that Quill couldn’t get off of Earth fast enough, explaining,

“As Peter Quill explains in Vol 2 he wants nothing to do with earth. He got out of there the first minute he could.”

As Peter Quill explains in Vol 2 he wants nothing to do with earth. He got out of there the first minute he could. https://t.co/UOtaGbjPUP

James Gunn further explained that although Peter Quill was kidnapped from Earth by Yondu (Michael Rooker) and the Ravagers, he feels no connection to Earth. He associates Earth with the traumatic loss of his mother. In Marvel Studios’ Guardians of the Galaxy Vol. 2 (2017), Quill learns that his Celestial father Ego was responsible for the inoperable tumor that killed his mother. This painful revelation seemed to cause Quill to further disregard his connection to Earth, burying his pain deep inside.

Gunn reminds the Marvel fan that Peter told Gamora in Guardians of the Galaxy Vol. 2 that he has no love for his home planet, stating that he thinks of Earth only as the place where his mother died.

“I’m not sure how someone can watch the speech Quill gives Gamora in vol. 2 about Earth and think he’d want anything to do with Earth. He likes pop culture from the innocent time before his mother died & music communicated to him by his Mom & Yondu.”

I'm not sure how someone can watch the speech Quill gives Gamora in Vol 2 about earth & think he'd want anything to do with earth. He likes pop culture from the innocent time before his mother died, & music communicated to him by his Mom & Yondu. https://t.co/jCJQliNCvl

From the perspective of narrative, it only makes sense that Peter Quill must return to Earth to confront his traumatic relationship with his home planet. With director James Gunn signaling that Vol. 3 will likely be the helmer’s final Guardians project, completing his trilogy, Gunn will need to address this major plot thread head on.

Drax actor Dave bautista has also said that he’s done once Guardians of the Galaxy Vol. 3 wraps — citing not only the feeling that the story has run its course but also that he’s tired of keeping in the ridiculous shape required to pull off a character that is always shirtless.

It’s unclear what the future of Chris Pratt will be as Star-Lord in the Marvel Cinematic Universe beyond Guardians of the Galaxy Vol. 3. As his three-film arc in James Gunn’s Guardians series is winding down, one thing is clear — Peter Quill’s story isn’t complete until he can finally go home again.

Related: Who Is Rocket Raccoon in the Marvel Cinematic Universe?

Screenrant floated an intriguing theory that Peter Quill’s homecoming could do more than help the character gain closure with his trauma. Having lost his Celestial abilities after he killed Ego in Vol. 2, perhaps reconnecting with his home planet will revive his innate abilities. The theory goes,

“Peter Quill might have lost the powers that came along with his Celestial DNA when he killed his Celestial father to prevent his genocidal plan from coming to fruition, but that doesn’t mean he’s not still half-Celestial and unable to connect with the “light” that he draws his power from. Ego drew his “light” from his own planet, and as a half-human, half-Celestial being, it would make sense if Quill draws his “light” from Earth.

In fact, being back on Earth and getting in touch with that “light” might bring his Celestial powers back.”

This theory makes perfect sense narratively, as Peter’s parentage and mysterious abilities have been a major throughline of the first two Guardians of the Galaxy films. Attempting to keep the Power Stone from Ronan the Accuser and Thanos, Peter is able to partially wield the Infinity Stone thanks to his unique biology. If he is able to connect with Earth and awaken his Celestial abilities, what else will he be capable of?

What’s next for the Guardians of the Galaxy?

Do you want to see Peter Quill return to Earth in Guardians of the Galaxy 3? Let us know in the comments!