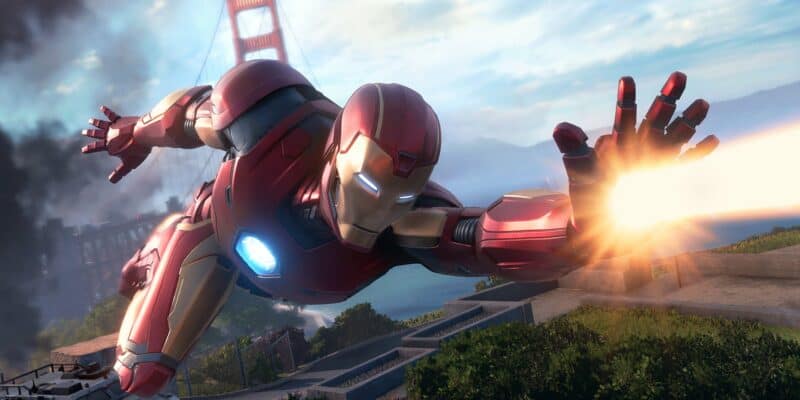 “Marvel’s Avengers” is among the most popular video games on the market right now. The game, which was released in 2020, features a number of popular Avengers franchise characters, including Bruce Banner/The Incredible Hulk, Steve Rogers/Captain America, Tony Stark/Iron Man, Natasha Romanoff/Black Widow, Thor, and more.

After the A-Day disaster destroyed San Francisco and created a population of Inhumans, the Avengers disbanded. In their absence, Advanced Idea Mechanics (AIM) swears to protect the people, but all is not as it seems. Start in the role of Kamala Khan, a teenage Avengers mega fan, on the run from AIM after uncovering a damning secret on their servers. As you reunite the Avengers, you’ll play as each member to learn how they work inside and out. Journey as each of the Avengers across and beyond the Earth to rekindle the Avengers’ confidence in themselves before there’s no world left to save.

Now, fans of the game — which is based on the versions of Marvel characters from Kevin Feige’s Marvel Cinematic Universe — are frustrated with a recent change that has been made.

Now, of course, numerous new players have joined the game’s ranks, and the developers have made the decision to sell various consumables, including XP and resource boosts, in a bid to allow new users to “play-to-win.”

One report regarding the situation notes:

Unlike previous weeks, this week the pair were a little shy about promoting the Marketplace, and players now know why. With the new update, the game is now selling consumables, like XP and resource boosts, presumably hoping new players will pay money to cut corners. Making the optics worse for Crystal Dynamics and Square Enix is that this comes on the back of an XP nerf.

Longtime fans of the game have taken to a variety of social media platforms to express their disappointment regarding this controversial change.

This is the real reason they nerfed xp. Let no one tell you otherwise. Such a disgusting company. There is no low they will not sink to, just so they can nickel and dime their customers. They know how much Marvel fans love Marvel, and love using that exploit them in every way possible. Nevermind building a good relationship and goodwill to the customers, when they know the fans will be attracted to anything Marvel, like moths to a flame.

Users on the Reset Era forum are also frustrated, with a user going by kurumi.9353 noting:

“I was already disgusted when they had the nerve to add $14 outfits after removing the way to earn cosmetics in game because there’s supposed to be a cosmetic rework that they’re working on. That rework is still nowhere to be seen.”

Sadot The Gamer sees changes ahead for players:

I’m formally predicting right now that Marvel’s Avengers will cut our fragments, and require a lot of them for power progression so you’ll have to buy the fragment extractors

I'm formally predicting right now that Marvel's Avengers will cut our fragments, and require a lot of them for power progression so you'll have to buy the fragment extractors

Another Marvel fan, Nic, is disappointed with the decision, as, it seems, are most:

lmao after months and months of insisting that they wouldn’t ever sell XP boosters and the marketplace would be “aesthetic only” Marvel’s Avengers has officially gone back on both promises! Everyone called it when they nerfed the XP system but d***, shameless.

lmao after months and months of insisting that they wouldn't ever sell XP boosters and the marketplace would be "aesthetic only" Marvel's Avengers has officially gone back on both promises! Everyone called it when they nerfed the XP system but damn, shameless.

What do you think about this controversial change to Marvel’s Avengers?