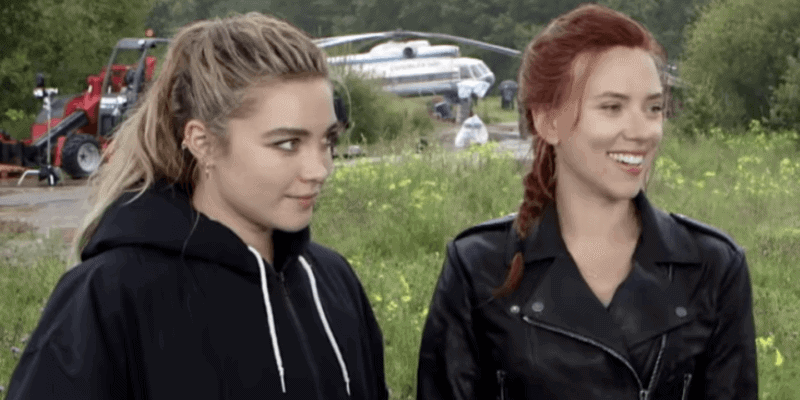 Marvel star Scarlett Johansson (Black Widow/Natasha Romanoff) has been in the news frequently lately thanks to the upcoming release of her prequel film, Black Widow (2021).

The movie was delayed multiple times as a result of the COVID-19 pandemic last year. Its original release date in May 2020 was pushed back to November. Now, the MCU Phase Four film is finally set to simultaneously hit theaters and the Disney+ Premier Access tier on July 9, 2021.

While the movie was still filming, Entertainment Tonight visited the set and spoke to Johansson about her character’s controversial death in Avengers: Endgame (2019).

In the conclusion of the Avengers Infinity Saga, Johansson’s Natasha Romanoff sacrifices herself on Vormir so her beloved friend Clint Barton/Hawkeye (Jeremy Renner) can retrieve the Soul Stone — ultimately, Romanoff saves not only Renner’s life, but humankind from Thanos (Josh Brolin).

Johansson, however, isn’t as saddened by Black Widow’s death as many devastated Marvel fans. She told ET:

“It’s funny because I’ve had sort of a lot of mixed reactions to her ultimate fate in Endgame. For me, it made so much sense that she would sacrifice herself, not just for the greater good of humanity, but actually for her friends, which was really at the heart of it, and, um, she’s a good one.”

Don’t miss the conclusion of Romanoff’s story in her origin story film this July. You can watch the Black Widow cast’s full on set interview with Entertainment Tonight below:

The epic conclusion to the Infinity Saga that became a critically acclaimed worldwide phenomenon, this dramatic showdown pits the Avengers against Thanos. After devastating events wiped out half the world’s population and fractured their ranks, the remaining heroes struggle to move forward.

Related: The Taskmaster in the Marvel Cinematic Universe

The film is directed by Cate Shortland and the prequel film’s core cast is:

Are you looking forward to seeing Black Widow in action one more time?