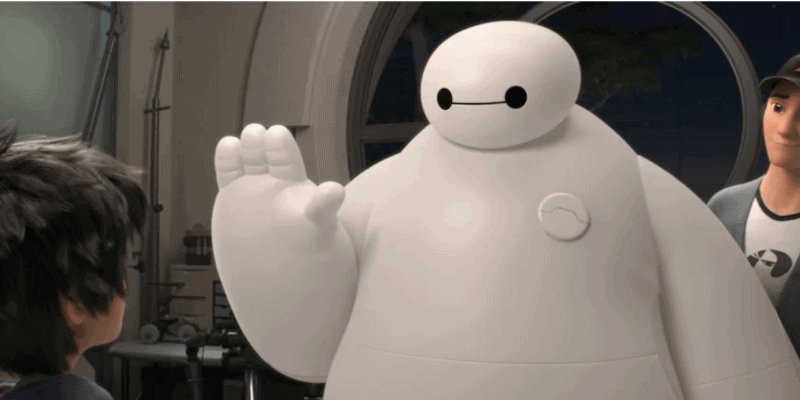 In the Marvel Cinematic Universe, Tony Stark (Robert Downey, Jr.) and Stark Industries have their hands in, well, just about everything. From Stark’s Iron Man suit collection to his arc reactor to the bomb that killed Wanda Maximoff and Pietro Maximoff’s parents in Sokovia, there are few things that Stark Industries hasn’t touched in the MCU.

But, did you know that Stark also knows about some incredible technology from another Disney movie? In Avengers: Age of Ultron (2015), RDJ’s fan-favorite character makes Baymax from Big Hero 6 (2014) MCU canon.

Related: Marvel Fans Want RDJ Back as Iron Man, So They Bought a Billboard

TikTok user @ivan_marss first pointed out the MCU and Big Hero 6 connection. He captioned his video:

Watching Age of Ultron, I noticed something incredible…

The video then shows Stark rifling through his backup A.I. options to replace J.A.R.V.I.S in Age of Ultron. The tech mogul ultimately selects a chip called “FRIDAY”, but as @ivan_marss realized, another chip has “TADASHI” scrawled on it.

Wait, what? Yes, you read that right. Presumably, the “TADASHI” artificial intelligence chip owned by Tony Stark is Baymax. For those who might be unfamiliar with the plot of Big Hero 6, Tadashi Hamada is the creator of healthcare robot, Baymax, and the late brother of the movie’s protagonist, Hiro Hamada.

Inverse pointed out why this fun Easter egg could actually have big Marvel Studios implications down the road, especially with the upcoming Disney+ Baymax series looming:

Big Hero 6 is critically acclaimed but regarded by fans as the MCU entry that never was. Inspired by the Marvel Comics of the same name, Big Hero 6 is undoubtedly a Marvel film, but it’s animated and set outside the universe of the MCU. At least, that’s widely believed to be the case.

This chip’s appearance in Age of Ultron opens the door to all sorts of possibilities, provided it’s not a throwaway piece of fan service simply meant to make a few knowing superhero devotees crack a smile. Could Tony have encountered or mentored budding engineer Tadashi at some point? Big Hero 6 is set in the future, but it’s possible Tony could have run into a young Tadashi and remembered the name whilst naming his A.I.

You can prepare for the Multiverse and catch up on all things Avengers and MCU — including Doctor Strange (2016), The Falcon and the Winter Soldier series, and Captain Marvel (2019) –, and watch Disney’s Big Hero 6 on Disney+ anytime.

At this time, Marvel President Kevin Feige hasn’t confirmed the addition of the Big Hero 6 crew to the live-action Marvel universe.

More on Ultron and Big Hero 6

The official description of Age of Ultron reads:

Meet Baymax, a loveable personal companion robot who forms a special bond with robotics prodigy Hiro Hamada in Walt Disney Animation Studios’ Big Hero 6. When a devastating turn of events catapults them into the midst of a dangerous plot unfolding in the streets of San Fransokyo, Hiro turns to Baymax and his group of friends — who transform into an unlikely band of heroes.

Do you think this Avengers Easter egg signifies a future for Big Hero 6 characters in the MCU?