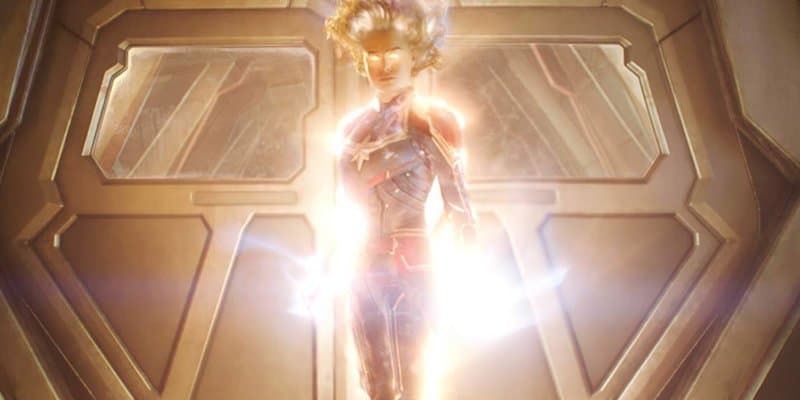 Not much is known about the plot or the setting of the upcoming Marvel movie, so theories have been circulating about who Ashton could be playing as the main villain of the sequel.

Karla Sogen, AKA Moonstone, is a long-time villain of Captain Marvel from the comics. She is currently favored as one of the most likely roles for Ashton in the film. Karla was a psychiatrist and hypnotist. She fused with a Kree gravity stone, also called a moonstone. The stone gave her super strength, speed, stamina, and flight as well as an assortment of other powers.

Related: X-Men Character Might Be Introduced as a Villain in Captain Marvel Sequel

Karla had a dark past of psychological manipulation of her victims, but like many in comics, she also served as an anti-hero. Moonstone was a member of the Thunderbolts, a team of reformed supervillains. When she joined the Dark Avengers, she took the name of Ms. Marvel from Carol Danvers.

Since Captain Marvel will be joined by earthbound allies, Ms. Marvel and Monica Rambeau (whose superhero name has yet to be confirmed but may be revealed by the end of WandaVision), a large part of the Captain Marvel sequel will likely take place on Earth. So it would make sense to include a villain with deep connections to Earth.

Captain Marvel 2 could feature a more cosmic setting and introduce a race of conquering aliens known as the Shi’ar. The Shi’ar queen, Cal’syee Neramani, was deeply violent and prone to bouts of rage. After she killed her mother and sister, she was exiled from the Shi’ar Empire and ended up on Earth.

As a Shi’ar, Cal’syee looks like a human/bird hybrid. Her wings allow her to fly, and she has long, talon-like claws that serve as vicious weapons in combat. Cal’syee could potentially lead Carol Danvers back to Earth after a conflict in space for a long-awaited reunion with Monica Rambeau.

Veranke is Empress of the Skrull Empire. In Captain Marvel (2019), the MCU introduced the shaping shifting Skrulls as refugees rather than invaders. However, in the comics, Veranke was a member of a group of religious zealots that could be portrayed as a separate villainous group within the Skrull Empire.

Veranke was instrumental in the comic book arc, Secret Invasion, which is set to get its own Disney + series. Samuel L. Jackson is set to return as Nick Fury and Ben Mendelsohn will reprise his role as the Skrull Talos. Perhaps it would make more sense to save a character like Veranke for this series. Secret Invasion will feature most likely center around Skrulls invading Earth and pretending to be a variety of superheroes.

Star is a relatively new villain of Captain Marvel. Ripley Ryan was only introduced in the comics in 2019. She was a journalist who was obsessed with Captain Marvel and wanted to become a hero like her. However, she used a power siphon to draw powers from Captain Marvel, draining her abilities and orchestrated emergencies in which she could act like a hero.

Her character could serve as a foil for Kamala Khan, who took the name Ms. Marvel because she was also a huge fan of Carol Danvers. Kamala Khan’s own Disney + series, Ms. Marvel, is set to premiere later this year and could set up the conflict in Captain Marvel 2.

We last saw Captain Marvel in 2019’s Avengers: Endgame after helping to defeat Thanos. We know that she has spent much of the time since her first movie dealing with cosmic villains of the Marvel Cinematic Universe.

Meanwhile, Monica Rambeau is currently in WandaVision, in which it is hinted that there has been some love lost between the two of them over the years.

Tell us, what villain would you most like to see appear in Captain Marvel 2?