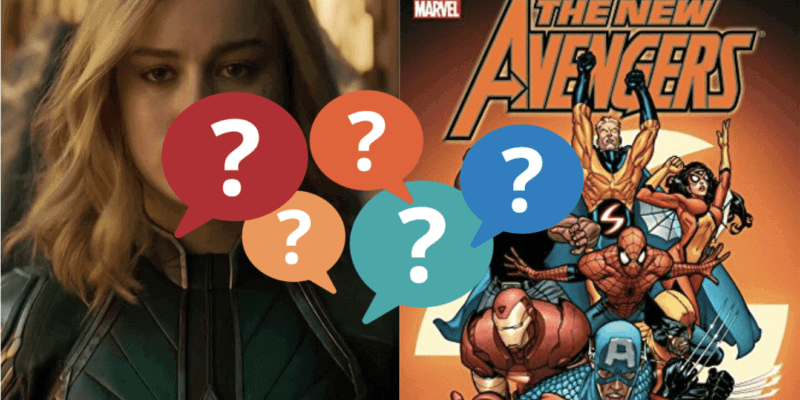 When Marvel Studios announced their reworked film release schedule earlier this month, it was revealed that Captain Marvel 2 is now officially slated for July 2022. There have long been online rumors about the storyline that Carol Danvers’s second movie will follow.

Since Marvel Studios President, Kevin Feige, has made no secret of the fact that Captain Marvel (Brie Larson) will become the leader of the Marvel Cinematic Universe in the future, speculation has been rampant about where Phase 4 and beyond will take MCU fans.

One popular Captain Marvel 2 fan theory was that the movie would set up a “Secret Invasion” storyline, based on the 2008 Marvel comic series. Secret Invasion follows a Skrull invasion of Earth that destabilizes superpowers. Now, however, it appears that Disney+ is eyeing this storyline for a streaming series.

Marvel has also confirmed that some sort of Young Avengers project is happening. The Marvel Studios team is currently accepting pitches from writers for the upcoming Young Avengers script, but they have not yet officially announced any details.

In addition to this announcement, it is remarkably unlikely that Marvel Studios will simply let the Avengers franchise fall by the wayside. Avengers: Endgame alone owns multiple box office records:

With the overall success that the Avengers movies have seen, the online rumor mill is churning that Captain Marvel 2 will set up the storyline for whatever direction Feige and Co. take a  New Avengers film.  This would not be dissimilar to how Marvel Studios heads used 2016’s Captain America: Civil War to prepare for Avengers: Infinity War in 2018.

Who is involved in Captain Marvel 2?

Although Marvel has not yet officially tapped a director for the upcoming Captain Marvel 2 film, we do know that Captain Marvel directors, Anna Boden and Ryan Fleck, are not expected to come back for the sequel. Furthermore, Marvel has stated that they would like to have a female director work on the second installment in the Carol Danvers story.

Marvel fans would love to see Deborah Chow, who has previous Walt Disney Studios experience. Chow was involved with Disney+ Star Wars series, The Mandalorian, overseeing “Chapter Three: The Sin” and “Chapter 7: The Reckoning.” She is also rumored to be working on the new Obi-Wan Kenobi series, Pilgrim.

Brie Larson is set to reprise her role as the female Marvel superhero. As per IMDB, no other actors have signed on for Captain Marvel 2 at this time.

Where do you think the Captain Marvel 2 storyline and the rest of Phase 4 of the Marvel Cinematic Universe will take us? We want to hear in the comments!

Comments Off on Rumor Has It: “Captain Marvel 2” Could Launch New Avengers Storyline