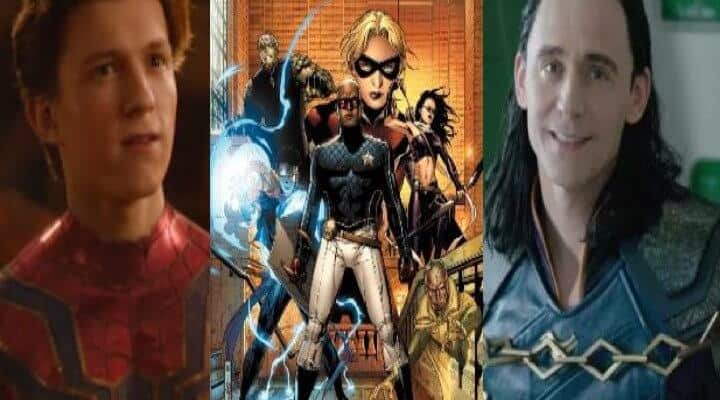 It was a mere year ago that we enjoyed the spectacular finale of the Infinity Saga; Avengers: Endgame. This incredible cap (ha) to this era of the Marvel Cinematic Universe said a tearful farewell to Marvel staples like Iron Man and Captain America. Since the announcement of phase four with films like Thor: Love and Thunder and Doctor Strange in the Multiverse of Madness, fans have wondered; what’s next for the Avengers themselves?

There’s been much chatter about the always popular Dark Avengers (a Suicide-Squad style team of anti-heroes traditionally led by Norman Osbourne / Green Goblin / Iron Patriot). However, as much as we’d love to see a movie that includes some of Marvel’s greatest baddies, what about a different team of traditional Avengers?

While we’re sure that Marvel is planning a big future for The Avengers (perhaps even reviving Tony Stark!), rumors also suggest that we may be getting an on-screen version of Marvel’s heroes of tomorrow; The Young Avengers.

A tweet from Senior Editor of GeeksWorldwide Thomas Polito claims that Marvel Studios is looking for writers for a Young Avengers movie set in the Marvel Cinematic Universe. Now that is exciting!

Consisting of teenaged versions or sidekicks of famous Marvel heroes like Iron Man and Hawkeye, the Young Avengers have been going strong since their debut in 2005. While many Young Avengers like Iron Lad, or Hulkling and Wiccan (how cute are these names by the way?) haven’t yet featured in the Marvel Cinematic Universe, it could be that Marvel gives us a very different Young Avengers lineup using the heroes that we already have.

Peter Parker / Spider-Man is a clear contender. The young web-slinger could easily take on a leadership role, as he’s been working toward replacing Iron Man since his arc began. He’s also the youngest version of the character we’ve ever seen on screen in live-action. Though we don’t think Holland’s Spidey is the right leader for the regular Avengers, he’s perfect for the Young Avengers. Ms. Marvel has been confirmed to be getting a Marvel Cinematic Universe show, so she’s highly likely to join too, as the young hero is incredibly popular in the Marvel fandom and has obvious links to Captain Marvel.

We also know that Clint Barton will hand over the Hawkeye mantel to a young Kate Bishop in the upcoming Disney + show. Rumour also has it that Kid Loki, a core member of the Young Avengers in the comics may replace Tom Hiddleston in the upcoming Loki show. Scarlet Witch isn’t a terrible shout for a leadership role in the Young Avengers too as she represents one of the youngest members of the current lineup and could give these kids some much needed guidance. Wanda Maximoff also gives the team a well needed ‘most powerful member’ a la Thor or Captain Marvel (you can debate in the comments) in the current rendition of earth’s mightiest heroes. It’s also worth noting that Vision has been a member of the team before. Thanks to the time skip in Avengers: Endgame, we also have Cassie Lang as a potential new Wasp or Ant-Woman. That’d be pretty rad.

Of course, no Young Avengers team would be complete without their version of Captain America. Sam Wilson will be far too busy leading the New Avengers to babysit, so perhaps Miss America of the comics could be introduced as a new Captain America. The Loki show is also rumored to be introducing Kang the Conqueror, a Marvel villain who has tangled with the Young Avengers before. If we also get X-Men characters by then, why not throw in Jubilee, Ice-Man, or Kitty Pride? While the Marvel Cinematic Universe Scarlett Witch is no mutant, it’d be great to see some representation for the new heroes on the team.

Wow, when you put it all together like that, how can Marvel not be planning a Young Avengers movie?! All the pieces are in place, Marvel comics have a decade and a half of material to draw from, and Holland’s Spider-Man is the perfect leader of the young heroes. Are you pumped? I certainly am.

Do you think a Young Avengers set in the Marvel Cinematic Universe would work? Which heroes would you like to see join the MCU? Would Spider-Man be the best leader or The Young Avengers, or could someone like Scarlett Witch or Kate Bishop’s Hawkeye do a better job? Let us know all of your thoughts in the comments.

Comments Off on All the Pieces in Place for Young Avengers Movie: Marvel Reportedly Seeking Writers