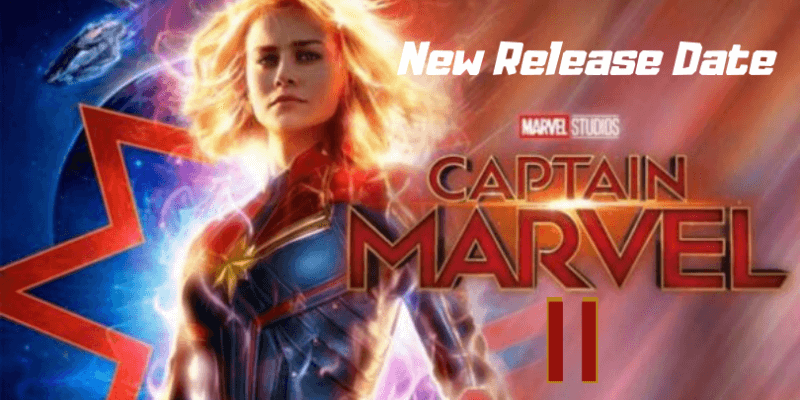 Disney announced that it would be rearranging the films slated to release over the next couple of years, and among those getting a new premiere date is the Captain Marvel sequel. The Captain Marvel 2 release date has now been moved up a few weeks.

Captain Marvel 2 will now be released on July 8, 2022, although it was originally slated to be released on July 29, 2022. The film still won’t be hitting theaters for another two years. But even though a couple week difference in release won’t make a huge difference, it goes without saying that Disney is making moves and keeping future film releases in mind amid everything currently being put on hold due to the pandemic.

So far, we don’t know a whole lot about the Captain Marvel sequel. We only know that the movie will be set in present day, and considering what we know about our favorite Avengers since the events of Avengers: Endgame, we’re definitely eager to find out if there will be any cameos from the heroes we know and love.

And on Disney’s side, the company has been pretty secretive about the second Captain Marvel film. For a while, it was called the “Untitled Marvel” movie that was set to be released on July 29, 2022. It’s still a couple years away, so we’re not surprised that a synopsis hasn’t officially been revealed yet. But hey, maybe that means we have a lot to look forward to during Marvel’s portion of the Walt Disney Studios panel presentation at the D23 Expo in 2021.

Disney also shuffled around the release dates of several other films, and even pushed one movie to be exclusively debuting on Disney’s new streaming service, Disney+. As of today, here are the up-to-date releases for Phase 4 of the Marvel Cinematic Universe (a.k.a. the release dates we know so far):

What do you think of Disney’s decision to move up the release of Captain Marvel 2? Are you a Captain Marvel fan who is excited to get to see the film a few weeks sooner? Let us know your take in the comments.