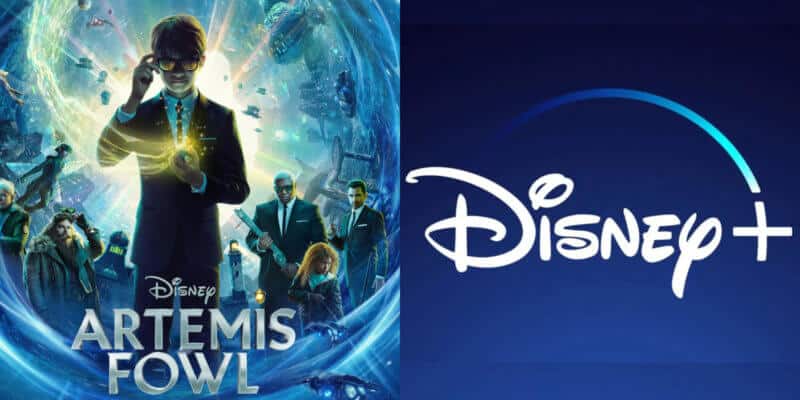 Disney’s upcoming “Artemis Fowl” sci-fi fantasy film will no longer be receiving a release in theaters. Instead, the movie will go straight to streaming on the company’s Disney+ service. This is the first film in Disney’s slate this year that will no longer receive its theatrical release and go straight to Disney+ amid recent rumors “Mulan” and “Black Widow” were to have followed in suit.

In the wake of the recent pandemic, Disney has been seeing changes in its film release schedule. Most recently, with the announcement of the company’s decisions to push back the releases of its films “Mulan,” “Black Widow,” “Jungle Cruise,” “The New Mutants,” “The Eternals,” and a few other expected blockbusters.

Unlike these other films, “Artemis Fowl” was originally set to release in theaters August 2019. However, Disney decided to push the film back a full year. Now, it seems Disney has decided to completely pull it from a theatrical release entirely, most likely due to the closure of movie theaters and the company’s recent losses following the current pandemic.

The Walt Disney Company hasn’t only been seeing losses in its film division as only yesterday the company revealed a furlough of a significant portion of their Disney Parks employees. The news came following the recent announcement of their decision to extend the temporary closure of the Walt Disney World, Disneyland, and Disneyland Paris resort theme parks–all on account of the pandemic.

“Artemis Fowl” was adapted from the book series by Eoin Colfer and follows the journey of the 12-year-old genius Artemis Fowl–who is a descendant of a long line of criminal masterminds. In the film, Fowl’s father mysteriously disappears, which prompts him to set out on a mission to find him.

“Artemis Fowl” was originally scheduled to premiere in theaters on May 29. At this time, Disney has not announced when the movie will be coming to Disney+. The movie’s cast includes Ferdia Shaw, Josh Gad, Colin Farrell and Judi Dench.

Will you be streaming “Artemis Fowl” when it premieres on Disney+? Let us know in the comments below!