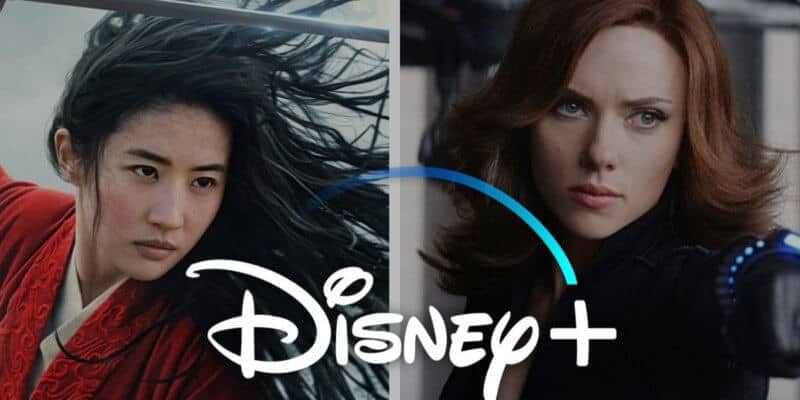 We may have some good news for all of you Mulan and Black Widow fans.

With the current pandemic, movie theaters across the country have been closed for health and safety concerns. Because of this, a lot of film productions have been shut down and the release of some upcoming films have been postponed. But for those films that were just about to be released in movie theaters, well, some of them may be coming straight to digital.

It wasn’t long ago that Disney announced the release of Pixar’s Onward to both digital and Disney+, Disney’s streaming service, but now it looks like fans may have even more to look forward too.

Marvel fans may have hope to see the highly anticipated film, Black Widow, and Disney fans may have the opportunity to see Disney’s live-action Mulan film, both reportedly coming to digital and Disney+.

So I did some digging with all the chatter today, and apparently #Disney IS considering releasing not just #BlackWidow but also #Mulan straight to streaming.

Price points, purchase vs rental, when to #DisneyPlus all still up in the air.

Thanks to the tweet above, it looks as though Disney is not just releasing Black Widow, but also Disney’s live-action Mulan straight to streaming! This has a lot of fans wondering why the hurry? Why not wait until the current pandemic blows over and then Disney can release the films into the movie theaters? The answer though, makes total sense and really isn’t that surprising — The company needs money!

They need to make money

David Harbour, who stars in Marvel’s Black Widow alongside Scarlett Johannson, also weighed in on the conversation of theatrical release versus digital release — stating he is “not against releasing Marvel’s upcoming film, Black Widow on Disney Plus.”

The Stranger Things star also revealed to Heroic Hollywood that he has not yet had a chance to see the film but would love to watch it on Disney+:

“I’m very much looking forward to being in Black Widow if we ever are able to release that movie. I would love to be able to watch that movie too – y’know I have not seen that movie. I have seen some stuff in ADR and it looks really good. And also I was there when we were shooting it and I’m really excited about it. But I would like to see it myself. H—, I would watch it on Disney+.”

Are you hoping to see Black Widow and Mulan come to digital or streaming service?