Disney’s Live-Action Mulan Replaced Mushu, Made Changes to Original Songs - Inside the Magic 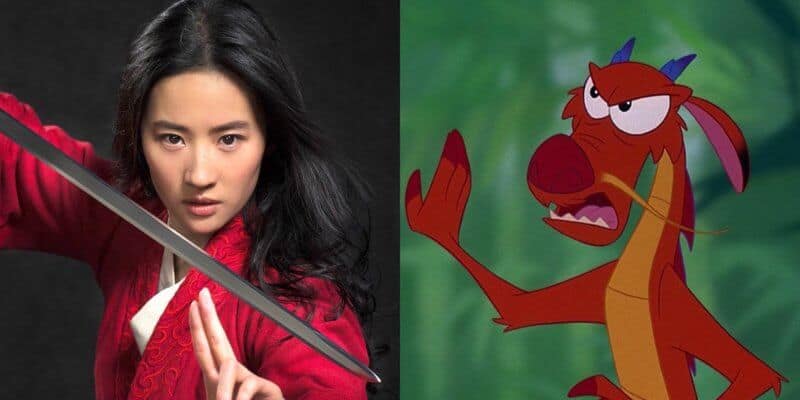 According to a new report, Disney has made massive changes to their upcoming live-action remake of “Mulan,” including the replacement of Mushu with a phoenix and the decision not to have the film’s stars perform the music from the original 1998 animated classic.

The DisInsider, who cites a source who reportedly saw an early screening of the film, shares that the iconic and comedic dragon Mushu, played originally by Eddie Murphy, has been replaced by a phoenix. The source did not provide many details about the phoenix other than that Mushu is not present in the new film.

In March, it was believed that Kevin Hart would be taking on the role of the tiny dragon with a big personality. However, from this report, it seems Disney may have decided to go in an entirely different direction.

The report by DisInsider also shared that the source who saw the early screening of the film stated that classic songs from the animated musical are included in this live-action remake. Although, the cast do not perform the songs. The report states that the songs are purely instrumental versions.

As we reported in March 2017, Niki Caro, the director of the film, caused great worry among Disney fans online when she said her Mulan would not be a musical, telling Moviefone, “From what I understand, no songs right now, much to the horror of my children.”

Disney president of production Sean Bailey backed up Caro in an interview with EW in March 2017, saying “Mulan” (then in early development), is “not currently intended to be [a musical].” Bailey also added, “nothing is off the table.”

According to Caro, her “Mulan” will be a “big, girly martial arts epic” that is based on both the traditional Chinese ballad and the animated Disney classic.

At this time, Disney has not confirmed any of these potential changes. But judging from these quotes from the film’s director and the president of the production, they may not be too far off.

What are your thoughts on these possible changes to the upcoming live-action “Mulan” film? Let us know in the comments below!