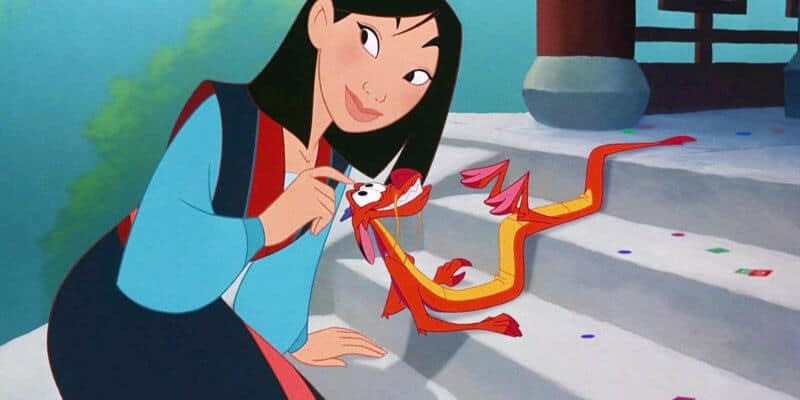 Disney has not officially announced who is voicing Mushu in their upcoming live-action remake of “Mulan,” but now many fingers are pointing in the direction of Kevin Hart to take on the role of the fiery little dragon with attitude.

The Mirror reports that the film, directed by Niki Caro, has already wrapped production and is in the editing phase, but there’s one role left to cast. In the original animated film, Eddie Murphy voiced the role of the tiny little dragon and now it’s believed a new comedian is taking his place for the new film.

The rumor first took off from The Disinsider, who said “multiple sources” have reported that Hart is the at the top of the list of actors desired for the role. The outlet also reports the studio is still looking at other actors and is in the process of narrowing the list.

As of now, this news is still unconfirmed. Right now there is no Mushu character listed on the film’s IMDB page. However, it’s hard to believe that the new live-action version of the film wouldn’t include one of the original film’s most beloved characters.

As we all know, Kevin Hart has had many film roles in the past few years and his quick wit and sense of humor could make him a good contender for the role. However, an old and controversial tweet from Hart has recently resurfaced, which led to the actor stepping down from hosting the Oscars. And this recent debacle could potentially hinder Hart’s chance of taking the role if in fact, it exists and Disney is considering him.

One path Disney could take to recapture the fans of the original animated film would be to reach out to Eddie Murphy for the role. Murphy would be more than capable to take on the comedic character one more time.

Be sure to keep checking back with Inside the Magic as more news develops of the upcoming live-action “Mulan” remake, which is set to hit theaters sometime in 2020.