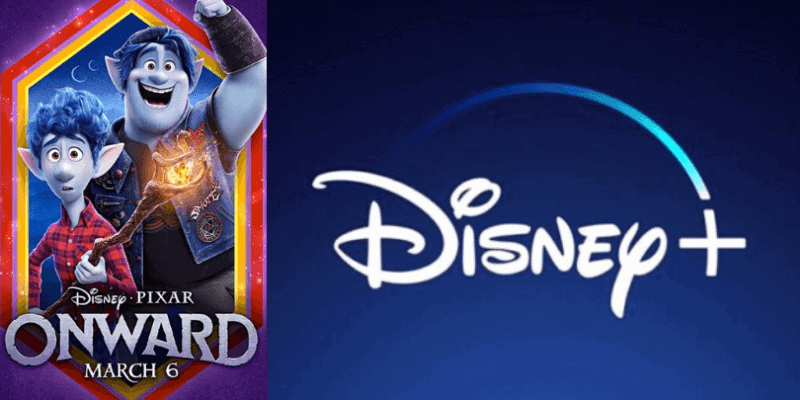 It has been a tough time for moviegoers as theaters restrict, and shut down across the country. That means people aren’t about to experience Disney/Pixar’s highly-anticipated original movie, Onward, at the box office.

According to a press release put out by Disney+:

The Walt Disney Studios announced today that Disney and Pixar’s “Onward” will be available to buy digitally and on Movies Anywhere beginning today at 5:00PM PST/ 8:00PM EST and on Disney+ on April 3 in the U.S.

The film premiered in theaters on March 6 and earned rave reviews from audiences, including a 95% Verified Audience Score on RottenTomatoes. With cinemas currently impacted by closures due to the global health crisis, Disney will offer the film ahead of schedule to purchase on digital platforms in the U.S. beginning today at 5:00PM PST /8:00PM EST for $19.99.

“While we’re looking forward to audiences enjoying our films on the big screen again soon, given the current circumstances, we are pleased to release this fun, adventurous film to digital platforms early for audiences to enjoy from the comfort of their homes,” said Dan Scanlon (Director, “Onward”) and Kori Rae (Producer, “Onward”).

But Onward is not the only new movie getting a special early direct-to-consumer release. Disney has already been taking measures to help its fans through this period of social distancing by releasing its record-breaking film Frozen 2 on Disney+ three months early, as well as giving Star Wars: The Rise of Skywalker an early digital release.  One has to wonder how many more early releases we will see in the coming weeks.

Onward is a coming of age story where two brothers embark on a quest to spend one more day with their dad who passed away years before. The two brothers, Ian and Barley Lightfoot, are elves in a world that has almost completely forgotten about its magical past and they must rediscover and use this magic to overcome obstacles, and ultimately bring their dad back. But their quest is a perilous one and the pair end up being pursued by pixie bikers, police, and their mother. However, these boys (voiced by Chris Pratt and Tom Holland) will stop at nothing until they see their quest fulfilled.

Are you excited to see Disney release Onward so quickly? Did you get a chance to see it in theaters? Let us know in the comments!