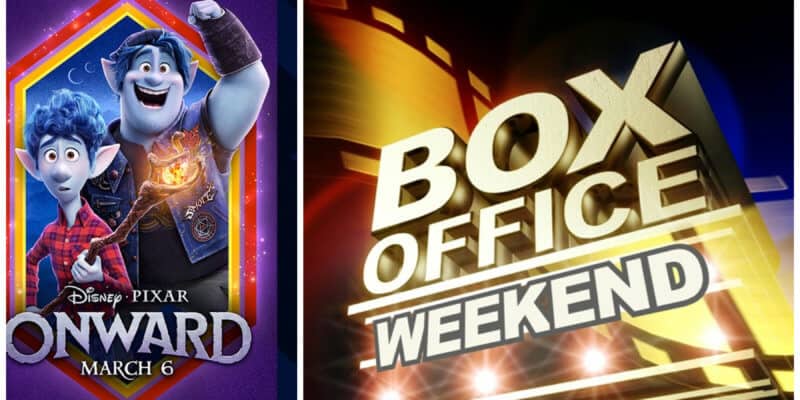 The COVID-19 pandemic, better known as the coronavirus has continued to take its toll on the entertainment industry. After The Walt Disney Company announced that all of its theme parks would close temporarily as well as its college programs and stores, the world has been left feeling low on magic.

Unfortunately, it doesn’t end there as the movie and television industries are getting hit just as hard. MCU films like Shang-Chi and the Legend of the Ten Rings and tv shows like The Falcon and the Winter Soldier have had their production put on hold, but the biggest blow has hit the box office. We heard just last week that Mulan has had its release date pushed back to avoid potential losses, and it seems that this weekend’s box office proved that it was a wise move for Walt Disney Studios.

The box office this weekend is expected to bring in just $54.5 million, the lowest number that Hollywood has seen in a whopping 21 years. The fact that we’re seeing numbers not seen since 1999, when Keanu Reeves was running around in leather and currency was worth significantly less than it is now proved that the coronavirus continues to have a destructive impact not just on the health of the human race, but also our filmic economy. This weekend’s overall box office represents a $100 million drop from the last.

However, there is some light in these dismal box office stats, as Pixar Animation Studios’ Onward remains on top, taking a (comparatively) respectable $10.5 million. Behind it in second place sits I Still Believe taking $9.5 million, and the Vin Diesel led Bloodshot in third place with $9.3 million.

Though it’s troubling to see the film industry hit so hard by the advice against public gatherings, at least Pixar’s latest triumph was able to stay ahead of the pack. Onward stars Chris Pratt and Tom Holland and is in theatres now.

Have you seen Onward yet, or are you intending to wait until the coronavirus pandemic blows over? If you have seen it, what did you think? Did you purchase tickets before this all kicked off? Let us know in the comments below and as always, stay safe.