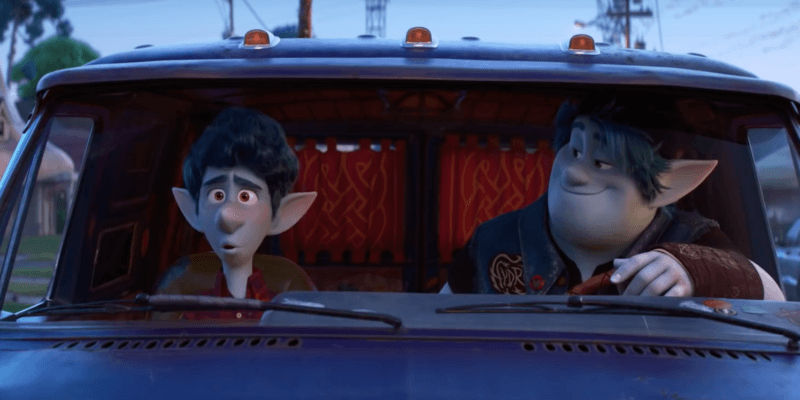 Pixar’s Onward draws in $40 million during opening weekend, which has some Disney fans surprised. Compared to some of Pixar’s other popular releases, $40 million in domestic ticket sales rings in low — landing itself alongside The Good Dinosaur, one of the studio’s recent box office ‘flops’. It leaves box office analysts wondering whether the short-falling was due to the spreading coronavirus, which has left many people trying to avoid public gatherings or tightly packed spaces.

Others speculate that it’s the mystical storyline — which differs from Pixar’s usual films — that left viewers less than interested in attending the opening weekend. Onward is also Pixar’s first animated original released since Coco hit theaters in 2017. The last few years have been a string of sequels, making this film stand out in comparison. But despite the low pull in overall ticket sales, this film still won the box office this weekend, ranking #1 on box office charts.

A New Type of Pixar Story

Onward is a film about teenage elf brothers Ian and Barley Lightfoot (voiced by actors Tom Holland and Chris Pratt), who embark on a magical quest, in an attempt to spend one more day with their long deceased father. This family-friendly feature is sure to pull on the heart-strings of viewers, as the story focuses on the incredible bond between brothers and what makes a hero’s journey! Through a plot of fantasy, spell casting, magic and a wide variety of mythical creatures, viewers are sure to feel transported from start to finish!

Did You Know You Can Meet The Lightfoot Brothers At Disney World?

If you want to visit the Walt Disney World Resort on your next family trip to meet Ian and Barley, but aren’t sure where to begin planning, then don’t hesitate to reach out to our trust-worthy friends over at the Authorized Disney Vacation Planners at Academy Travel for a free quote, today!

Have you seen Disney Pixar’s Onward in theaters yet?