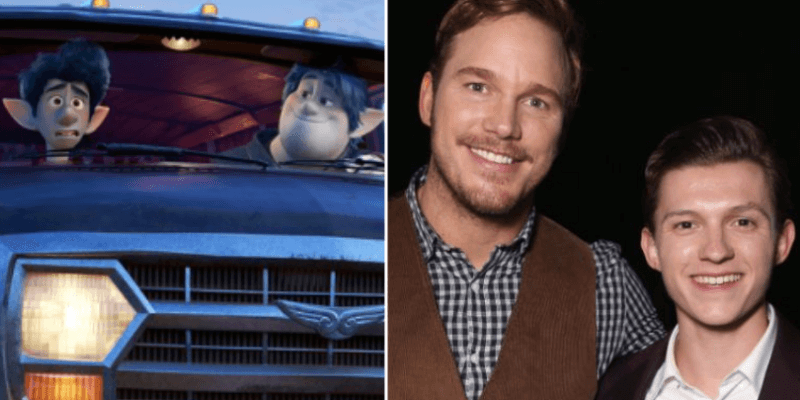 Disney fans have a lot to look forward to over the next few years, including the 2020 debut of Disney-Pixar’s new film “Onward.”  The movie follows two elf brothers voiced by Chris Pratt and Tom Holland who go on an adventure to see if there’s a little magic left in the world. From what we can tell, there definitely is.

In the new movie, which is set to premiere in March, Pratt and Holland play two teenage siblings with opposite personalities (Pratt’s character is the boisterous older brother while Holland’s is reserved and gawky) and Julia Louis-Dreyfus plays the elf brothers’ mother. “Onward” director and writer Dan Scanlon (who also worked on “Monsters University”) shared an inside look at the film in a recent interview with People.

“Tom Holland is perfect for our character of Ian, the younger brother,” Scanlon said. “We were looking for someone who could have this shy quality and someone who is good at being a little awkward. And Tom is great at that! And yet has a genuine sweetness to him that you really root for him.”

Scanlon also shared why the “Onward” team cast Pratt as the older sibling. “We wanted someone who was the exact opposite of [Holland’s character],” he said. “Someone who could be wild and chaotic and out of control, but in a very charming and infectious way. And Chris Pratt is perfect for that. He has this ability to be both sort of wild and out of control but in a really lovable, fun, infectious way.”

Anyone who’s seen “Guardians of the Galaxy,” “Spider-Man: Homecoming,” or any of the Avengers films starring Pratt and Holland can agree that their characters of Peter Quill and Peter Parker, respectively, pretty much parallel the characters Scanlon describes for “Onward.” Scanlon also shared with People that Pratt and Holland even had the opportunity to record for the movie together. Scanlon said, “They are clearly friends…They’ve worked together before and hung out together. It was fun to sit back and watch them make each other laugh.”

We’re definitely pumped to see these characters come alive once “Onward” hits theaters. The movie, also starring the always iconic Octavia Spencer, sounds like it will be equal parts funny and emotional, something we are always charmed by whenever we see a Disney-Pixar film.

“I absolutely hope that people are laughing their heads off and crying their eyes out,” Scanlon said of “Onward.” “My hope is some of the questions that I’m asking in the film will be questions that other people are asking about their own lives. And I think that’s what a lot of the times gets us to connect to a movie.”

“Onward” makes its theatrical debut on March 6, and we can hardly wait.

Which upcoming Disney movie are you most excited to see? Let us know in the comments!