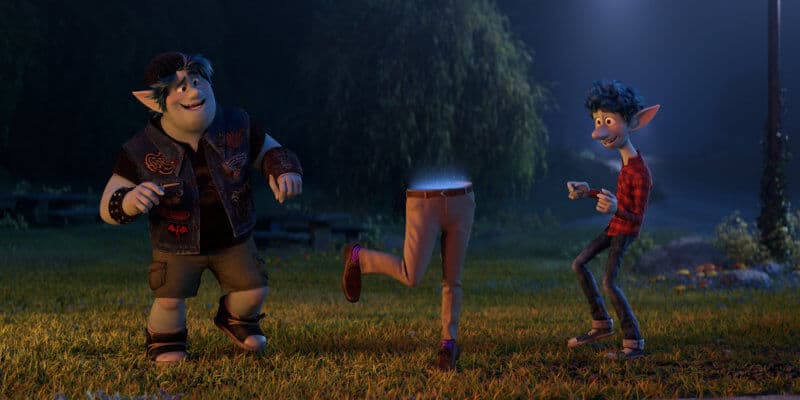 Admit it Disney Movie Addicts — after more remakes, reboots, and sequels than we can count, we are dying for an original feature film from the Walt Disney Company. But as new movies are announced like Pixar’s Onward and Soul or Walt Disney Studio’s Raya and The Last Dragon, do we honestly know if these stories will match the magic that existed in Toy Story or Frozen?

Original movies sound good in theory, so long as we get something comparable to Toy Story instead of Good Dinosaur. And really was Good Dinosaur all that bad? Maybe Pixar raised the bar so high that fans were primed for disappointment. But I digress.

There is a reason many of these original movies fail to have the box office success the studio requires — as audiences we are attracted to the comfort that exists in stories we know. And who can blame us? A family of 4 now pays nearly $40 to watch a movie, according to The Hollywood Reporter, BEFORE popcorn and drinks! 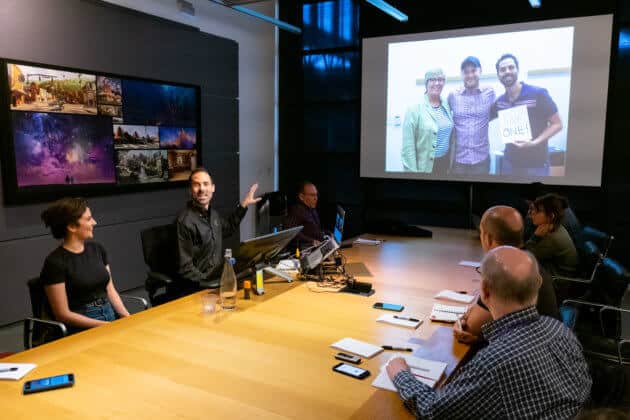 Add to that incredibly long lead times and Pixar animation movie budgets that are in the hundreds of millions these movies are huge creative and financial gambles. Case in point the storyboard process for Onward started on September 17, 2013 with a single post-it note. The movie is scheduled for release on March 6, 2020 — 6 1/2 years later!

Ironically Onward Director, Dan Scanlon, subsequently shared with Inside the Magic that this first post-it was ultimately a story they didn’t make. After creating then discarding that first idea to the conclusion of the movie a total of 97,759 storyboards contributed to the movie Onward.

Yes, I believe they will, in Onward Pixar has created a personal story that audiences will identify with. I’m excited about Onward because it’s: 1) an Orginal Story, 2) illustrates the Magic of Disney, 3) maintains the qualities of a classic Disney Story, and 4) features Marvel fan favorites Tom Holland and Chris Pratt.

Look at the massively successful SparkShort animation series by Pixar. As we shared Float is a Pixar SparkShort Film on Disney+ that Gives Autism a Voice and Viewers Perspective. If you or a loved one is impacted by Autism, your appreciation of this short is elevated, and even if you can’t identify with the struggles of Autism it is still a very enjoyable film. In the same way, Onward touches on themes of spending time with lost loved ones and brotherly bonding.

Inside the Magic got a special opportunity to sit down with Onward director Dan Scanlon and producer Kori Rae to speak about the upcoming film. During our conversation, we learned so much about the storyline and how it was impacted by Scanlon’s own childhood which so many of us can relate to.

As I’m sure you have heard my Dad passed away when I was 1 year old and my brother was 3. So that was a big question I had and I think a lot of time movies are questions or should start out as questions. So my question was who was he and how and I like him? Where am I going?

In Onward we have the story of 16-year-old Ian and Barley his 19-year-old brother who set out on a journey to be reunited with their dad who died when they were both young children.

Learning of Dan’s motivations and with the 3 movie trailers to date, character posters, and other information that has been released you can see that story unfold.

A personal note here — As a Dad who has lost a child I can’t wait to be swept away into this story wishing in the fantasy of magic, elves, unicorns, and even monsters. As Dan explains once you introduce a world of magic and magical creatures and spells the stage is set for the impossible (return of your loved one) to become possible.

I didn’t want to do a period piece in a fantasy world I wouldn’t feel as close to that. This is where the thought came in why can’t it be modern and a fantasy magical place. That lead to the humor, it would be ridicoulous and we could do all of these gags. Lastly as it came together we realized that Ian is this character that is not living up to his full potential and is behaving out of fear and comfort not wanting to explore and take risks.

And the world was mirroring that too. This is a world that maybe got a little too comfortable. This isn’t to say this is about science or technology being bad but maybe like a baby thrown out with the bathwater, they have lost a little bit of their specialness in taking the easy route. So over time, over 5 years, the personal story and the world story came together which I think is ultimately the hardest thing to do and what you want from a good film.

If the story is well done, and my visit to Pixar Studios in Emeryville, CA not to mention Pixar’s overall track record suggests that it will be excellent, then the personal nature of this story shares a similarity with Toy Story, Finding Nemo, UP, and Coco more so than Bug’s Life, Good Dinosaur, or even Monsters, Inc — all great movies but not as personal.

While I have not seen the complete movie I believe Onward is poised to occupy a place in the upper echelon of Pixar movies where Academy Awards find their home.

So let’s take a look at how the already released trailers give insight to this personal story of loss.

Onward’s first official trailer introduces this magical world inhabited by modern Airplanes plus a Troll, Centaur, Elf, Dragon and “Yuck Unicorns.” It establishes the environment that allows Ian to bring back his Dad and delight us with the comedy we expect in the film. Marvel fans are rejoicing with teenage Ian voiced by Tom Holland (aka Spider-Man) and his brother Barley voiced by Chris Pratt (aka Star-Lord).

In the next official trailer, we see Ian attempt to bring back his Dad by using a wizard staff to conjure a visitation spell that goes horribly wrong when we only get his bottom half. Later in the trailer, we discover more of the movie’s mystical creatures are introduced with the fire breathing Manticore as Ian and Barley set out on their quest to restore their Dad.

Finally, in teaser trailer number 3 released just last month, Pixar rounds out the story and what I believe will make this movie so relatable. Mom, voiced by Julia Louis-Dreyfus says “He wanted to meet you more than anything.” We discover in the trailer this is a movie that asks “How far would you go for one more day together?”

If you know the pain of losing someone you love, you know that is the basis for an extraordinary story that has the promise to fulfill what we as fans want in a Disney original movie.
Disney/Pixar watch out you may be about to release a movie that will be better than even our own unrealistically high expectations. If so, expect our demands for more original content to grow louder. In the meantime, I for one can’t wait for March 6, 2020 when the movie premieres in theatres.

Will Onward connect with audiences in a way that is on par with Toy Story, Finding Nemo, UP and Coco, most of which have won an Academy Award?

Or do you have lower expectations for Onward? How do you think this movie will compare to the box office success of sequels like Toy Story 4 and Frozen 2?