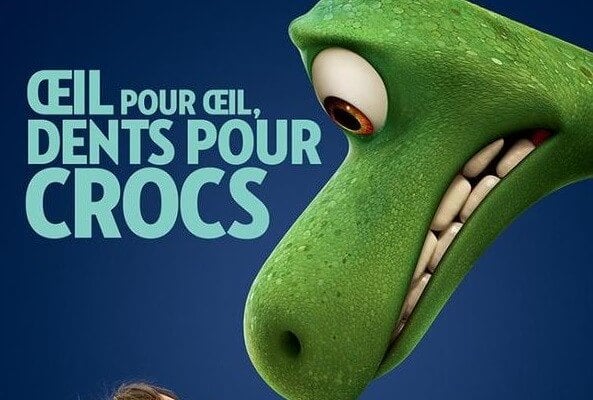 In France Pixar has released some interesting posters for their new Fall movie release “The Good Dinosaur”. Each poster features some of the main characters from the new family movie like Arlo and Spot.

In an alternate timeline in which Earth was never hit by an asteroid and dinosaurs never became extinct, a young Apatosaurus named Arlo loses his father in a tragic accident. One day, Arlo falls into a river and gets knocked out by a rock, finding himself far away from his home. While trying to find a way back to the Clawed-Tooth Mountains, he befriends a human caveboy that he names Spot.

The Good Dinosaur will premiere in theaters November 25th