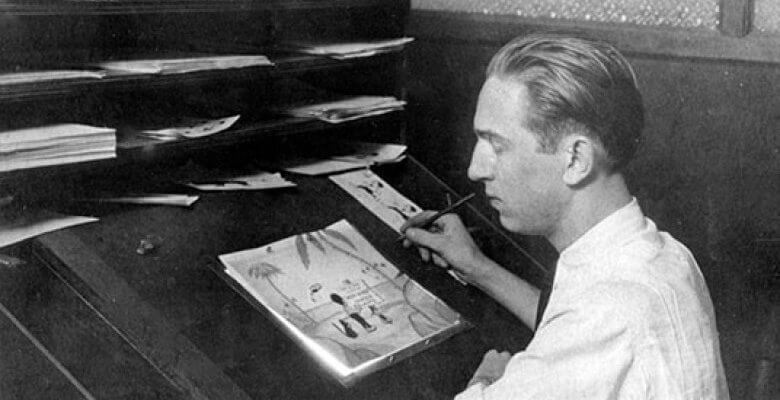 The Walt Disney Company has become a world famous phenomenon that everyone around the world knows and loves. But it wasn’t always magic and happiness for Walt Disney or the company.

Did you know that the company’s origins weren’t with the animated drawing of Mickey Mouse? Did you know at the beginning, the company didn’t generate much income?

The Walt Disney Company has certainly has its ups and downs throughout the years. Take a look at this Through the Years of Disney timeline.

Through the Years of Disney: A Timeline

1923: Walt Disney signs a contract to produce a series of Alice Comedies for M.J. Winkler, which was the beginning of Disney Bros. with his brother, Roy.

1929: The Walt Disney Studio changes its name again, this time to Walt Disney Productions Ltd., and three other Disney companies are formed, including Walt Disney Enterprises, Disney Film Recording Company, and Liled Realty and Investment Company. Also, The Skeleton Dance, which was the first of a Silly Symphonies series, makes its debut.

1932: Disney productions’ distribution moves from Columbia Pictures to United Artists. Walt Disney also wins an Academy Honorary Award at the 5th Academy Awards for his creation of Mickey Mouse. Flowers and Trees, a piece from the Silly Symphonies series, also won an Academy Award for Best Animated Short Film. (Did you know it was the first Technicolor cartoon?) Mickey’s Revue was also released.

1934: Donald Duck is introduced as a character in the film The Wise Little Hen, and The Tortoise and the Hare wins an Academy Award for Best Animated Short Film.

1944: The company is struggling as it finds itself short on income so they re-release Snow White and the Seven Dwarfs, which not only generated revenue but began a pattern of the re-releasing of animated feature films.

1945: The Three Caballeros is released as the first live action combined with Disney cartoons film.

1946: Song of the South and Make Mine Music are released.

1947: Song of the South won an Academy Award for Best Original Song and an Academy Honorary Award.

1949: The studio begins production on its first feature-length live action film, Treasure Island and licenses characters to the Ice Capades.

1953: WED Enterprises is formed as an umbrella organization to control the rights to Disney. It contains the Disneyland design team and owns and operates several attractions inside Disneyland, including the Disneyland Monorail System and Disneyland Railroad. Disney makes a Disneyland programming deal with American Broadcasting-Paramount Theatres to fund Disneyland.

1955: Disneyland opens in Anaheim, California, The Lady and the Tramp is released, and The Mickey Mouse Club opens on ABC television, while Magic Kingdom premiers on ABC radio.

1957: Old Yeller is released, and Zorro aired on ABC television.

1963: The Enchanted Tiki Room opens in Disneyland, which is the first attraction featuring audio-animatronics.

1966: Winnie the Pooh and The Honey Tree is released, and Walt Disney is diagnosed with lung cancer. Disney passes away on December 15.

1969: The Haunted Mansion opens at Disneyland.

1971: Roy Disney passes away — Donn Tatum becomes chairman of the company and Card Walker becomes president. Bedknobs and Broomsticks is released and wins an Academy Award for Best Special Effects. The Magic Kingdom opens as the first park at Walt Disney World in Florida.

1977: Roy E. Disney, Walt’s nephew, resigns from the company, resulting in a decline of overall product quality and issues with management.

1982: The Experimental Prototype Community of Tomorrow, (Epcot) opens in Walt Disney World. The Coca-Cola Company tries (unsuccessfully) to buy out and takeover Disney.

1984: Another buyout attempt occurs by Saul Steinberg. Roy E. Disney and his business partner, Stanley Gold, remove Ron W. Miller as CEO and President and replaced him with Michael Eisner of Paramount Pictures as CEO and Frank Wells of Warner Bros. as COO and president

1985: Touchstone Television is founded and becomes the producer of Home Improvement and Boy Meets World.

1987: The Disney Store opens in Glendale, California. Disney signs an agreement with the French government to create the first Disney Resort in Europe: the Euro Disney. Touchstone Films is renamed Touchstone Pictures.

1989: Who Framed Roger Rabbit is released and nominated for four Academy Awards, including a Special Achievement award for its animation direction.

1991: The first Disney Vacation Club Resorts opened at Walt Disney World. Beauty and the Beast is released and becomes the first animated full-length feature film to be nominated for an Academy Award for Best Picture. It wins Oscars for Best Original Song and Best Original Score.

2002: Disney dives into video games with the release of Kingdom Hearts.

2003: Roy E. Disney resigns as chairman of Feature Animation and from the board of directors. Talks to extend the Pixar distribution agreement break down so Pixar winds up seeking a new distribution partner. Disney releases Pirates of the Caribbean: The Curse of the Black Pearl.

2004: Disney purchases The Muppets and Bear in the Big Blue House franchises from The Jim Henson Company for $75 million. The Disney Store is sold and licensed to The Children’s Place.

2008: Disney Store is reacquired from The Children’s Place and control of The Muppets franchise moves from Disney Consumer Products to Walt Disney Studios.

2019: Ron W. Miller passes away. Disney acquires 21st Century Fox entertainment and cable television groups, with the exception of the broadcast television, news and sports group, which are now owned by Fox Corporation. Disney plans to launch their own streaming service, Disney+,.

The Walt Disney Company has had its fair share of ups and downs over the years, but somehow they still create magic each and every day for everyone around the world.

Comments Off on Through the years of Disney: A timeline of history and facts