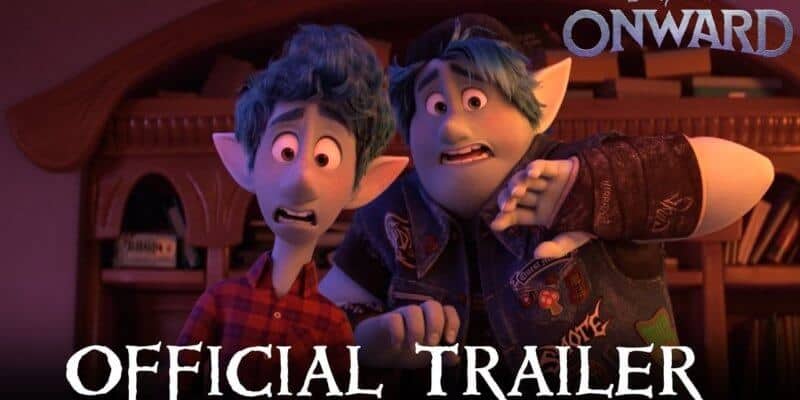 Calling all Disney Pixar fans! Are you ready? Just in, Disney Pixar Studios has released a brand new extended trailer for its upcoming film Onward.

Though we didn’t know much about the Pixar film thus far, thanks to the teaser trailer Disney fans knew that Pratt and Holland will play two elf brothers, Barley and Ian Lightfoot, who live in the modernized fantasy world. Disney fans also knew that Julia Louis-Dreyfus was cast to play their elf mom, Laura.

But this morning, we are excited to share that Disney and Pixar have released a brand new extended trailer for Onward. If you weren’t excited to see this film before, you’ve got another thing coming!

Disney fans weren’t the only ones excited when they found out about the new Disney Pixar Onward trailer. Chris Pratt and Tom Holland were ecstatic when they saw the brand-new trailer for Disney and Pixar’s Onward. You can see their reactions in the video below.

Here’s how Chris Pratt & Tom Holland reacted when they saw the brand-new trailer for Disney and Pixar's Onward ? Tomorrow, it’s your turn.

Onward is set to take place in a world much like our own. Including cars, airplanes, lawnmowers and of course, smartphones. The story will follow two teenage elf brothers, Ian Lightfoot (played by Tom Holland) and Barley Lightfoot (played by Chris Pratt) as they set out on “an extraordinary quest to discover if there is still a little magic left out there.”

You can watch the full extended trailer below.

I know I can’t wait to see Star-Lord and Spider-Man reunite on the big screen in what looks to be a hilarious, yet classic Disney Pixar film. The chemistry between these two actors is nothing like I’ve ever seen before and it will be exciting to see how everything pans out in the film.

Disney Pixar Onward is set to hit theaters in March 2020.

Are you excited to see Pratt and Holland star in the upcoming Disney Pixar film, Onward?

Comments Off on Disney Pixar’s “Onward” trailer dropped – what can we expect?