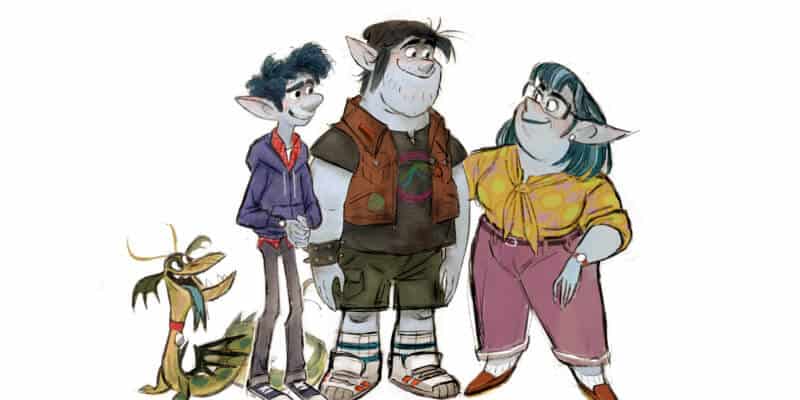 Not much longer, now, until March 6 and the release of Walt Disney Pictures and Pixar’s Onward. As you may know from my prior Onward report, I had the chance to talk to Onward Director Dan Scanlon and Producer Kori Rae who, incidentally, are the same creative filmmakers that directed and produced Pixar’s Monsters University. 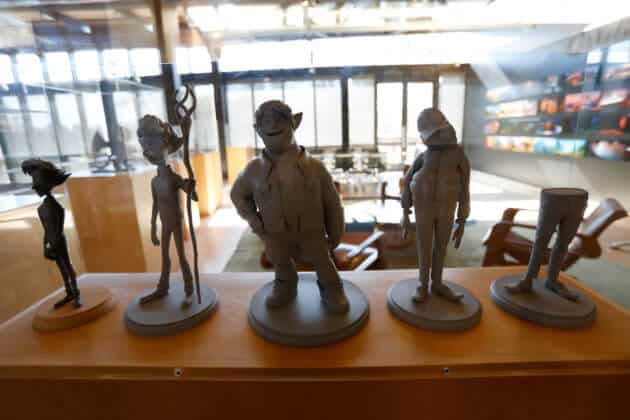 Over the next week, Inside the Magic will get our first full look at the movie thanks to Walt Disney Studios. Believe me when I say this is one of the movies I’m most excited about this year. I haven’t seen the movie yet, but I’ve spoken to the filmmakers. And from what they told me, I can tell you without a doubt that this brotherly adventure epic is going to be very special.

Disney fans, we have not had an original movie since Coco was released in 2017! Yes, you read that right. We have spent the past TWO YEARS focused on Marvel, “Star Wars,” sequels, and remakes. Sure, those movies have been visually spectacular and boast impactful stories in their own rights. But, it’s time to get back to original Disney storytelling and new characters that we will fall in love with.

Fans can look forward to new character meet and greets and Disneyland and Disney World, which will only serve to multiply the fun. Which brings us to point #2.

2. The Magic of Disney

Folks, we literally get Disney Magic in this one! Set in a world in which modern life meets old-world magic, the World of Onward is filled with both the familiar and the fantasy realms. The final trailer for the film does an excellent job of teasing these magical details. If you haven’t seen the trailer yet, you can watch it right here:


Teenaged elf brothers Ian (voiced by Tom Holland) and Barley (voiced by Chris Pratt) are given a Wizard’s Staff with a magic spell capable of bringing their dead dad back to life for one day. Ian casts the spell, but something goes wrong, and he only brings back half of his father. Older brother Barley notices a similarity in their conjuring spell to one found in the role-playing game, Quests of Yore. Quests of Yore becomes their guide book, and the two embark on a quest of their own to complete the spell.

Their first stop involves finding the legendary Manticore (voiced by Octavia Spencer), who was once a mighty warrior, but conforming to our modern world is now reduced to managing a Tavern (think Applebee’s).

Corey, our Manticore, gives the boys a map and tells them about the ‘Phoenix Gem’ they need to bring back dad. But she fails to tell them about “the curse,” which leads to their Mom’s (voiced by Julia Louis-Dreyfus) frantic search for her boys as they search for the key to bringing back their dad. Magic and family are integral to the story, which leads to point #3.

From what we’ve learned Onward will be a coming of age story–what your high school English teachers referred to as a bildungsroman–in which two young characters go on a quest of discovery. In this case, brothers Ian and Barley Lightfoot will attempt to find and use real magic–thought lost from their world for ages–to bring their dead dad back to life for one more day. All of this takes off, by the way, on Ian’s 16th birthday.

Quests, bildungsroman, dead parent… Yup. This is definitely a classic Disney story! And when we look at the cast chosen, it’s clear Onward is going to be a complete emotional roller coaster that has us laughing until we cry one moment, and then actually ugly crying the next. But speaking of the cast, onto point #4.

Related: Pixar’s “Onward” Will Leave Grown Men In Tears, According To Chris Pratt

Need we say more? Pixar is giving us a buddy picture with Star Lord and Spider-Man. On top of that, their mother is being played by the lovable and hilarious Julia Louis-Dreyfus. Pratt and Holland already have a strong brotherly relationship built from their Marvel tenure, and Louis-Dreyfus has fit right in as their mother. This level of chemistry between these three actors is bound to create some unforgettable moments between these three characters.

Again, these are just four of the plethora of reasons why we should all be super excited to see this latest computer animation masterpiece come to life on the silver screen, including Barley’s epic old school Pegasus-Adorned van. But what do you think?

What about this movie are you most excited for? Let us know in the comments, and catch Disney/Pixar’s Onward in theaters March 6, 2020.