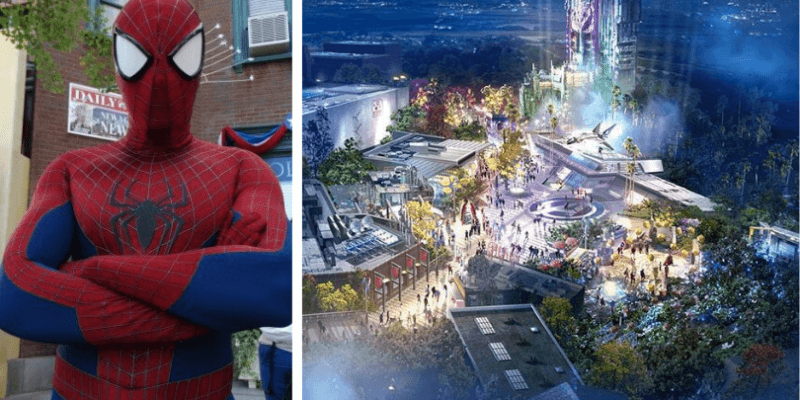 Credit: Inside the Magic / Disney

Disney announced some major changes coming to Disney Parks at D23 Expo this weekend, including a ton of new and exciting details about the Marvel-themed land coming soon to Disney California Adventure. Disneyland Resort’s latest land will be called Avengers Campus, and by the looks of it, it will surely live up to Disney’s hype. Here’s everything we know about the immersive upcoming Avengers Campus at Disney California Adventure.

When guests at Disneyland Resort enter Avengers Campus at Disney California Adventure, they are really entering the training ground for new superhero recruits.

“In some ways, these new campuses are like the Avengers themselves: a group of diverse individuals who have teamed up for the same purpose,” said Scot Drake, Creative Executive, Marvel Global Portfolio, Walt Disney Imagineering, during the Disney Parks, Experiences, and Products panel at D23 Expo. “This collection of unique addresses—each dedicated to a different discipline—have been brought together to champion the next generation of heroes.”

When the land opens, guests will be able to experience this training first-hand in the Worldwide Engineering Brigade (or WEB), which will house the Spider-Man experience, the first Disney ride to feature Spidey. Below is Disney’s description of the new attraction, and from what we can tell it definitely hints at this immersive training experience the company wants to convey.

During an open house at WEB, the aspiring inventors are excited to invite you for a test drive of their latest invention: the “Web Slinger” vehicle, which allows you to sling webs just like Spider-Man! The attraction gives you a taste of what it’s like to have actual super powers as you help Spider-Man collect Spider-Bots that have run amok.

It will feature Spider-Man, Ant-Man, the Guardians of the Galaxy, and so many more

So far, we know that there is a huge presence of all our favorite Marvel heroes in Avengers Campus. We already have Guardians of the Galaxy — Mission Breakout!, which opened in 2017 and paved the way for Avengers Campus. And with the all-new Spider-Man attraction and the influence of Pym Technology, we know that the land will feature the Guardians, Spidey, Ant-Man, and so many more. We’ll still be able to meet and greet our favorite Avengers, including Black Widow, Ant-Man and The Wasp, Doctor Strange, the Guardians of the Galaxy, Super Heroes from Wakanda and Asgard, and Iron Man.

The land will also be home to the Pym Test Kitchen, where Pym Technologies (yes, the same technology used by Ant-Man and The Wasp) will use Pym Particles to grow and shrink food at an all-new dining location.

The E-ticket attraction takes you on a Quinjet to Wakanda

In the E-ticket attraction coming during phase two of the opening of Avengers Campus, guests will encounter more Marvel superheroes than ever before. This currently unnamed attraction will invite Avengers recruits to board a Quinjet and fly alongside the Avengers in an adventure to Wakanda and beyond. Recruits will team up with the Avengers to fight one of the most powerful villains the heroes have ever faced.

Disney announced that this attraction is using an all-new innovative ride system to put us in the middle of the action. So even though concept art quickly shown at D23 Expo made it look like the ride vehicle was a simulation very similar to that of Millennium Falcon: Smugglers Run, it sounds like it’s still going to be an attraction of its own degree, especially given how hard the Imagineers are working to make it awesome.

Avengers Campus opens at Disney California Adventure at Disneyland Resort in two phases starting next year. The first phase will open in summer 2020, and although we have not yet been given an opening date for the second phase (which includes the currently unnamed E-ticket attraction that we’re the most excited about), we’re still pumped to find out.

What do you think of the all-new Avengers Campus opening next year at Disney California Adventure? Share your take with us in the comments!