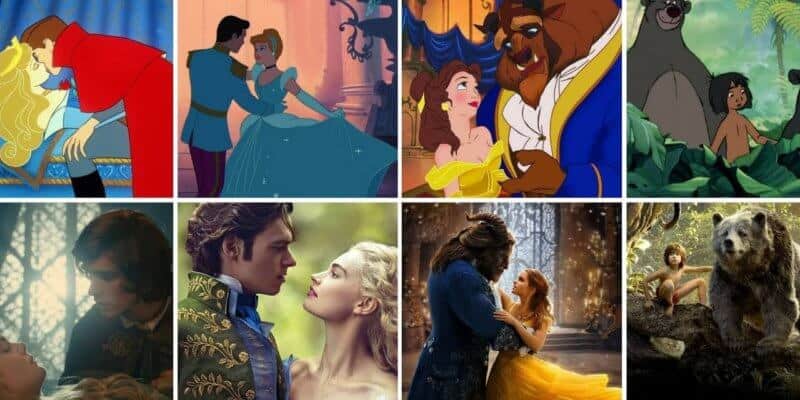 As Disney continues to pump out one retelling of their classic animated movies after another, so too comes wave after wave of disappointment from life-long fans. The most recent and largest waves yet are coming from the announcements about “The Little Mermaid” and “Mulan,” and the reactions to seeing “The Lion King.” And the reasons cover the entire spectrum.

In the midst of social media rants, and as the whispered “You know in the original…” commentary replacing the usual “you know in the book…” lines in the theaters, we fail to realize one thing: THESE MOVIES AREN’T THE ONES WE GREW UP WITH!

The original animated musical movies were the closest to perfection storytelling and filmmaking has ever been. They were fresh, they polished the formula, and they were unapologetically steadfast in their casting, writing, and music. The problem with calling these new ones “remakes” is that we now expect them to be just as good if not better than the originals. Our big mistake. They are reimagined versions of the original meant to complement the franchise rather than become the dominant feature.

The “remakes” are a way for Disney to make money, but to also try new things to further advance film safely. By safely, I mean they rely on already beloved and successful stories and security provided by one of the strongest marketing pulls today: millennial nostalgia. They know these movies will not become total flops.

In that attempt to change things up, they forgot that “If it ain’t broke, don’t fix it!” and they demote these movies to a place in each story’s franchise that is a distant third place behind the Broadway material but still above those straight-to-video sequels.

But who can blame us for being disappointed? Who doesn’t want to see our childhood back up on the silver screen? Who doesn’t want to see the actors we love today play those iconic roles? And who doesn’t want to see the recast role replace the old cartoon role in our hearts? We have a chance to see our childhood become a little more real than those old cartoons, if the character meet n’ greets at the parks weren’t already enough. We just forgot that the only feelings stronger than our millennial nostalgia are, paradoxically, our secret hatred of change and our outspoken hatred that they didn’t change things enough.

At this point, we have to just stop, enjoy this reimagined reboot for the complementary role it has, and accept the fact that no “remake” will ever be as good as the originals.