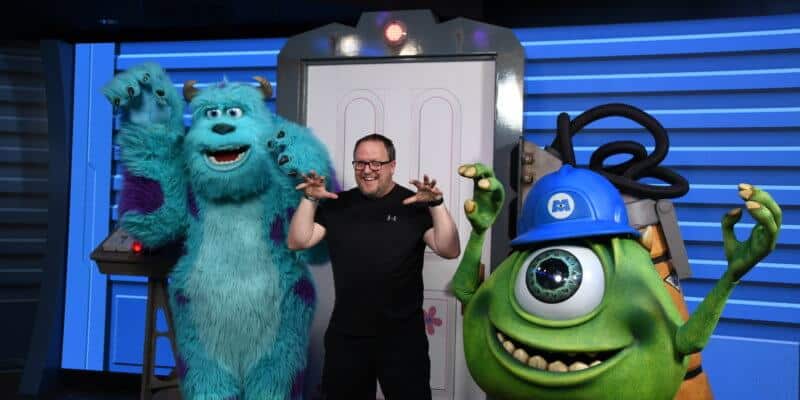 Though magic is real and dreams come true at Disney World, a few of those special touches we have enjoyed over the summer are winding down.

But don’t worry! New and exciting things are on the horizon for Disney World, some of which will be open to Guests beginning October 1. Here are a few things at Walt Disney World that you’ll want to see, do, and experience before bibbidi, bobbidi, boo — they’re gone!

This experience is perhaps the most fun we’ve had in a while at Town Square Theater at Magic Kingdom. Last year marked both Mickey’s and Minnie’s 90th birthdays (though we heard more about the Main Mouse himself). What a celebration! Until September 30, Guests can step inside Town Square Theater and say hello to the birthday mice and even pose for a picture with the two. Afterward, don’t forget to sign the Guest Book in the PhotoPass shop when you exit. Happy (almost 91st) birthday, Mickey and Minnie!

It was our dream come true! Finally, we could meet Mike Wazowski and Sulley at Disney’s Hollywood Studios. But all good things come to an end, and we will say good-bye to Monstropolis on September 30. Since Mike and Sulley work evenings, we can only visit with them until 6:00 p.m. on most nights inside the Walt Disney Presents attraction. This is one of the most interactive and fun character meet-and-greets at the Walt Disney World Resort, so don’t miss it this month!

The Incredibles and Edna Mode at Pixar Place

When the entrance to Toy Story Mania moved to Toy Story Land in June of 2018, we wondered what would become of the Pixar Place. Luckily this summer, we have been able to hang out with some pretty “super” people–superheroes, in fact. Until September 30, Guests can dance with Mr. Incredible, Mrs. Incredible and Frozone at a dance party at Pixar Place. Or step inside Edna Mode‘s Super Suit Gallery to see her latest designs and meet the mini-Master of Design at a special PhotoPass opportunity at the exit to the gallery. Even look for clues to find Jack-Jack in the area. But hurry! Jack-Jack will disappear for good on September 30.

IllumiNations: Reflections of Earth at Epcot

In addition to some character meet and greets ending this month, the long-running nighttime spectacular at Epcot will see its final production on September 30. Its debut was on January 30, 1988, meaning that the story of Earth at Disney World’s second park will have run for an impressive 31 years and 8 months as of the 30th of this month. The new nighttime spectacular, “Epcot Forever,” will debut on October 1. Epcot’s newest presentation will allow us to see “one little spark” of imagination grow and evolve. We can’t wait!

How many of these special events and spectaculars have you seen so far this month? And are you headed to the parks before the 30th of this month? Let us know in the comments!