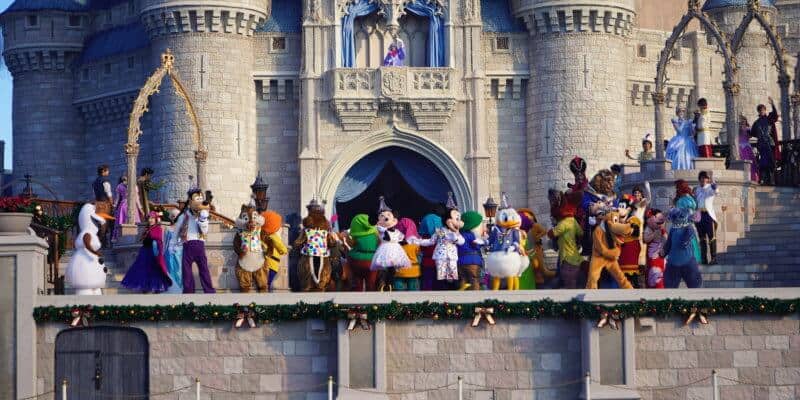 November 18 is the official birthday of Mickey Mouse, and this year the iconic character has hit a milestone age of 90 years old. To mark the occasion, during a taping of ABC’s “Good Morning America,” Magic Kingdom held a special presentation outside of Cinderella Castle. Mickey Mouse appeared in his new Birthday attire and was greeted by 90 Disney characters, who joined the mouse for his special day. 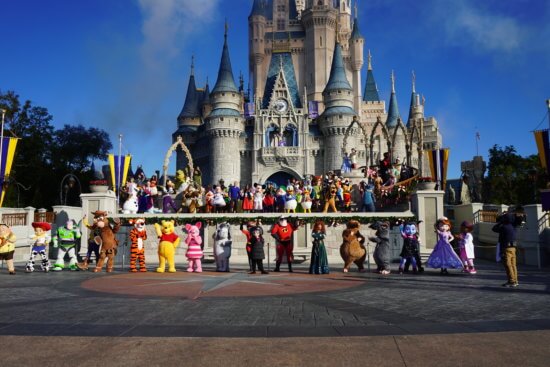 “Good Morning America” has been celebrating this special birthday with a recurring segment following a Disney Super Fan who got to travel the many Disney Parks around the world this past week in honor of this occasion. Today, November 16, her trip finally came to an end at Walt Disney World’s Magic Kingdom, where the park celebrated Mickey’s Birthday with a special celebration that fans will never forget. 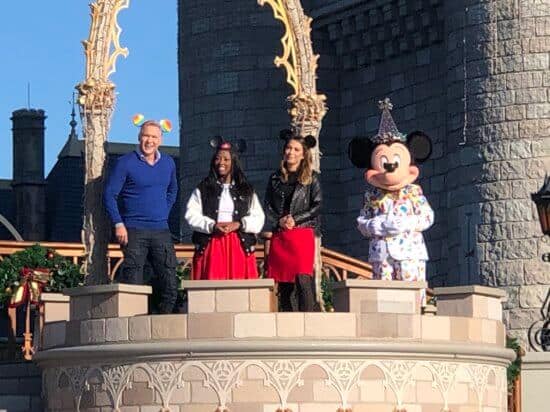 During the taping, ABC’s Sam Champion hosted the segment on the Cinderella Castle Forecourt stage where he spoke with Disney super fan Patricia and her travel buddy Ginger Zee (the chief meteorologist at ABC News). After speaking with Champion about her favorite moments from her magical trip around the world, she was then surprised with the special birthday moment for Mickey Mouse. 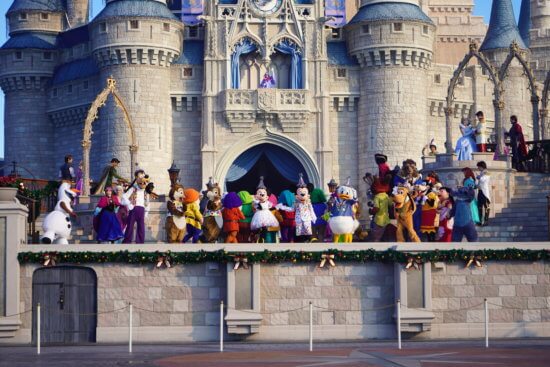 In addition to all of the excitement that came from seeing Mickey Mouse with his closet friends, fans were also excited to see Mickey and Minnie in their birthday attire for the first time. These new outfits premiere in different parks around the world today but will not be seen at Magic Kingdom again until January 18, at the premiere of “Move It! Shake It! MousekeDance It! Street Party,” part of the limited-time Mickey & Minnie’s Surprise Celebration at Magic Kingdom Park. 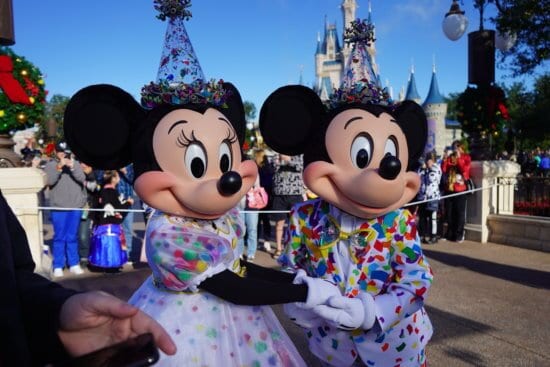 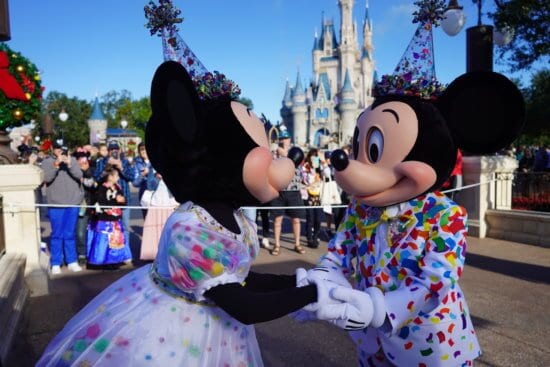 How are you celebrating Mickey’s 90th birthday this weekend? Let us know in the comments below!