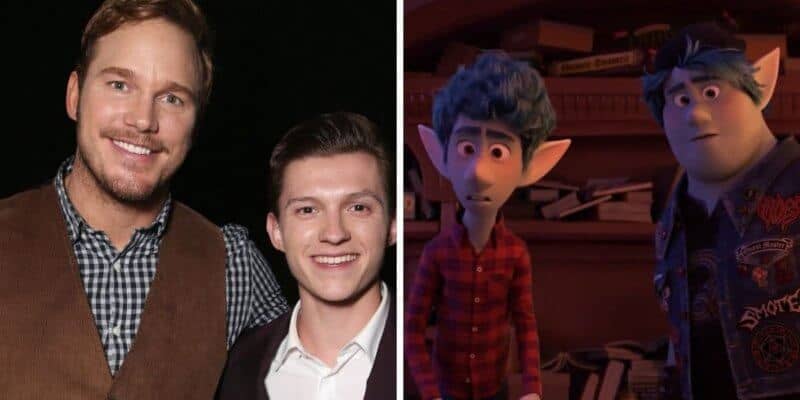 Disney movies, especially Pixar films, are known for leaving the audience in tears. It is an ongoing “joke” that if you are planning on seeing a Disney Pixar movie, you have to bring a box of tissues along — and it’s 100% true!

From the famous Disney Pixar scene of Carl losing his beloved wife, Ellie in Up to the emotional loss of Bing-Bong in Inside Out. And who could forget about the scene where we almost lost all of our toy friends in Toy Story 3 (or when Andy had to leave for college).

Well now, it looks like we will be getting yet another emotional Pixar movie when the Disney Pixar film Onward, hits theaters next month.

According to Chris Pratt, who stars in the upcoming film, it will bring “a lot of grown man tears”.

Pratt’s full tweet reads “I can attest! I took about 20 people to a screening-half of them children. Everybody left saying it was their favorite movie ever. Lot of grown man tears. You have made something so very special. Cannot wait for the rest of the world to see your story. Really proud of this one!”

The Story Behind The Story

Director Dan Scanlon spoke to ComicBook earlier this year about the premise of the film. Here is what he had to say:

Related: Disney Pixar’s “Onward” trailer dropped – what can we expect?

Chris Pratt, Tom Holland, and Julia Louis-Dreyfus will all star in the highly anticipated upcoming Disney Pixar film Onward. The story is set to take place in a world much like our own, which will include cars, airplanes, lawnmowers and of course, smartphones. But though the world seems very similar to ours, there is still something a bit different.

The story will follow two teenage elf brothers, Ian Lightfoot (Tom Holland) and Barley Lightfoot (Chris Pratt) who have to set out on “an extraordinary quest to discover if there is still a little magic left out there.”

Are you excited to see the upcoming Disney Pixar film, Onward? Let us know in the comments.

Comments Off on Pixar’s “Onward” Will Leave Grown Men In Tears, According To Chris Pratt