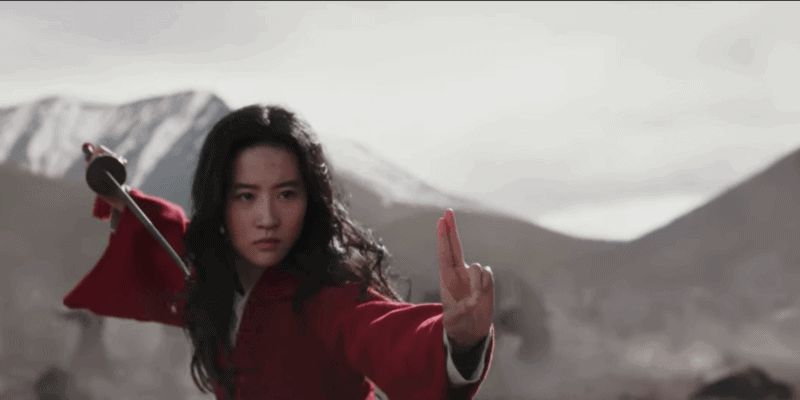 We are getting closer to the premiere of Disney’s live-action remake of Mulan, and director Nikki Caro is shedding some light on what we can expect to see. One of the most notable changes, besides the lack of Mushu, is the decision to cut all singing from the film. Caro confirmed, once again, there will be no singing in this remake because it does not fit the story. However, the iconic songs will be alluded to appropriately throughout the film.

You can begin to understand what she means by honoring the music just by watching the trailer. Very quickly, you can pick up the melody line of the original animated classic’s anthem, “Reflection,” as well as subtle nods to the songs. The two most significant examples are when Mulan says, “I will bring honor to us all,” and when Commander Tung says, “We will make men out of every single one of you.”

You can watch the trailer and see for yourself right here:

There are a few other revelations Caro shared about her upcoming picture. The most significant being that Jason Scott Lee was almost passed up for the role because of his physical condition, but he got an excellent trainer that got him in the shape he needed for the role.

“He was a little round, shall I say, and the villain in my head did not look like that. We had a very brilliant trainer with us the entire time and he shredded Jason in two months with just organic food and exercise.”

Lee’s new villain role, Bori Khan, is bound to be interesting to watch along with the rest of the changes made to this animated-musical-turned-war-epic.

Are you excited for the Mulan remake? What do you think of the changes? Let us know in the comments!