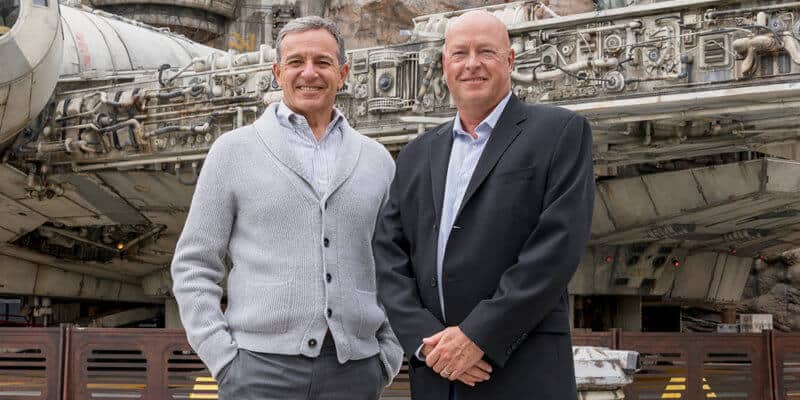 It is not only the cast members that are suffering from the park closure and overall shutdown of The Walt Disney Company during the current pandemic. Disney executives are also facing financial strains in order to keep the company afloat.

First reported on Twitter, several Disney executives would take massive pay cuts to shore up finances during this time of uncertainty. Most notably, former CEO and current Executive Chairman, Bob Iger, will forgo 100% of his current salary during this time.

The tweet contains part of a message which was confirmed by The Hollywood Reporter to have been sent by Disney’s new CEO, Bob Chapek to  In the message he explains:

“In light of this, we are going to be implementing a variety of necessary measures designed to better position us to weather these extraordinary challenges. Among them, we will be asking our senior executives to help shoulder the burden by taking a reduction in pay – effective April 5.”

You can read the full tweet and message here:

“As we navigate through these uncharted water, we’re asking much of you and, as always, you are rising to the challenge and we appreciate your support. Your dedication and resilience during this difficult time are truly inspiring and it gives me renewed confidence that will we come through this crisis even stronger than before, we have so many tome in our company’s history.”

Last year, Bob Iger made $47.5 million as both Chairman and CEO. While he must have taken a pay cut stepping down as CEO, there is no doubt his salary alone is still in the tens of millions.

This is undoubtedly a decision to come from Disney’s “wartime leader” Bob Chapek to help stem the flood of this unprecedented time in Disney’s history. But Cast Members can rest easy. As of now, the Walt Disney Company will still keep to its word continuing to pay and provide benefits for Disneyland and Walt Disney World Cast Members through April 18, 2020.

This is a developing story and we at Inside the Magic will continue to monitor the situation closely to update you on new information as it emerges.