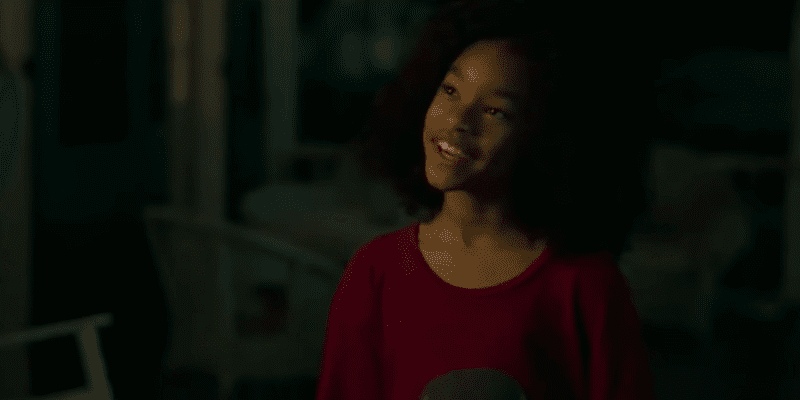 “Captain Marvel” has been dominating at the box office since its release on March 8, 2019, and along with the introduction of Brie Larson as the title superhero, the movie also introduced another important character in the Marvel Universe: Monica Rambeau.

Played by Akira Akbar, the 11-year-old character is the daughter of Carol Davers’ best friend, Maria Rambeau. Carol and Monica clearly have a special bond and the movie hints at a bright future for the precocious young Monica. But who is she, exactly, and what’s in store for the character in the Marvel Cinematic Universe?

Read on to learn more about Monica’s story from Marvel Comics, but beware of spoilers for “Captain Marvel” and potential future storylines in the MCU.

Created by writer Roger Stern and artist John Romita, Jr., Monica first appeared in “The Amazing Spider-Man Annual” #16 in October 1982. As an adult, she becomes a lieutenant in the New Orleans harbor patrol and works as a cargo ship captain. While trying to prevent the creation of a dangerous weapon, Monica is exposed to extra-dimensional energy and gains the ability to transform her body into any form of energy within the electromagnetic spectrum. The media dubs her “Captain Marvel” and she decides to fight crime under that name. The Thing tells her the name was originally used by the late Kree hero Mar-Vell/Walter Lawson (in the comics, Mar-Vell is a man). So, in the world of Marvel Comics, Monica actually takes the Captain Marvel name before Carol Danvers, who assumes the moniker in 2012.

To master her new powers, Monica seeks help from the Avengers and becomes a member-in-training. Over the course of her Marvel Comics story, she becomes the leader of the Avengers for a period of time, loses her superpowers, regains her powers, and takes on a variety of other names, including Photon, Pulsar, and Spectrum.

Monica in the Marvel Cinematic Universe

Monica is introduced as the curious and bright daughter of Carol Danvers’ best friend, Maria Rambeau (Lashana Lynch). She clearly looks up to her “Auntie Carol” and even encourages her mother to join Captain Marvel/Carol Danvers on a dangerous mission. Towards the end of the film, Monica says she wants to fly in space like Carol and Fury (Samuel L. Jackson) responds that she’d have to get “glowy” like Carol or create her own spaceship to make that happen. Monica observes that Fury doesn’t know what she’s going to do in the future and Carol agrees, hinting heavily that there’s much more in store for Monica Rambeau.

We know that Captain Marvel/Carol Danvers appears in “Avengers: Endgame,” which takes place after the events of “Avengers: Infinity War.” The timeline of the MCU can be a bit confusing, but “Infinity War” seems to be set in 2018, while “Captain Marvel” took place back in 1995. This means “Endgame” has a pretty big gap to fill in Captain Marvel’s timeline. Why did she stay away from Earth for so long? We know she gave Fury the enhanced pager to contact her only in emergencies, but why didn’t he consider any of the other events in the MCU an “emergency”?

There’s definitely a lot of story to cover in “Avengers: Endgame,” so we’re not holding our breath for a Monica Rambeau appearance in that movie. However, assuming at least 24 years have passed in Monica’s timeline, she would now be 35 years old. Did she and her mother survive Thanos’ snap? If so, what is she up to now?

With the box office success of “Captain Marvel,” it seems likely we’ll see a sequel or two in the future. And as we enter the next phase of the Marvel Cinematic Universe, don’t be surprised if Monica Rambeau someday steps into the Captain Marvel suit to show off her own superhero skills.

Comments Off on Did “Captain Marvel” introduce one of the MCU’s future heroes?