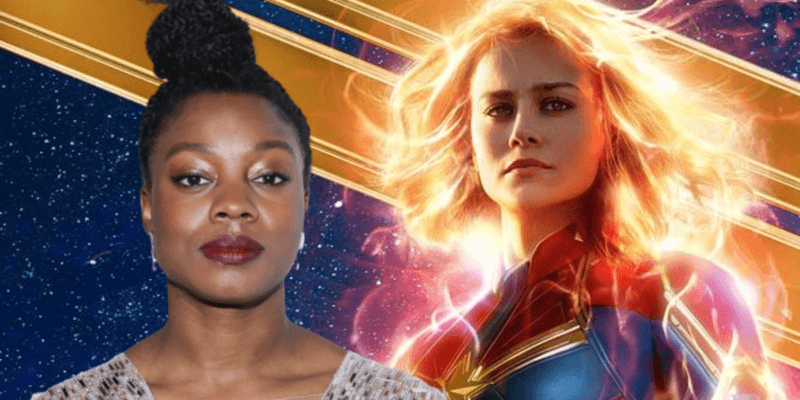 If you’re anticipating the sequel to Captain Marvel and you can’t wait to see Carol Danvers and co. back on the big screen, you’re in luck. Marvel is making moves on Captain Marvel 2, and director Nia DaCosta has just joined the team.

Deadline reports today that Nia DaCosta has been hired on to direct the Captain Marvel sequel:

In what is sure to be one of the bigger directing jobs to be taken off the table in recent months, we are hearing that Nia DaCosta, who directed the anticipated reboot of Candyman, has been tapped as director on Marvel’s sequel to Captain Marvel.

DaCosta will take over the Captain Marvel director’s chair from Anna Boden and Ryan Fleck, who directed the first film. Captain Marvel was a box-office hit in 2019, but even though DaCosta is new to working with the Marvel superheroes, this isn’t her first directing job. She is recently known for directing the reboot of Candyman, as well as the indie film Little Woods.

Deadline also points out that switching up the directors within film franchises is nothing new for Marvel Studios, as the Thor, Iron Man, and Captain America series have all had various directors.

It’s also worth noting that the choice to hire on DaCosta to direct the Captain Marvel sequel is a sign of Marvel Studios’ commitment to diversity behind the camera as well as in front of it. Deadline also predicts that Captain Marvel 2 will likely be “the biggest-budgeted tentpole to be helmed by a Black female director, following in the footsteps of Ava DuVernay, who directed A Wrinkle in Time, which came in at $115 million budget.” At this time, it isn’t known what the Captain Marvel 2 budget will be, though Marvel productions have notoriously extravagant budgets.

New to Captain Marvel? Here’s a synopsis to get you caught up: