Is 'WandaVision' Setting Up A Superpowered Monica Rambeau? - Inside the Magic 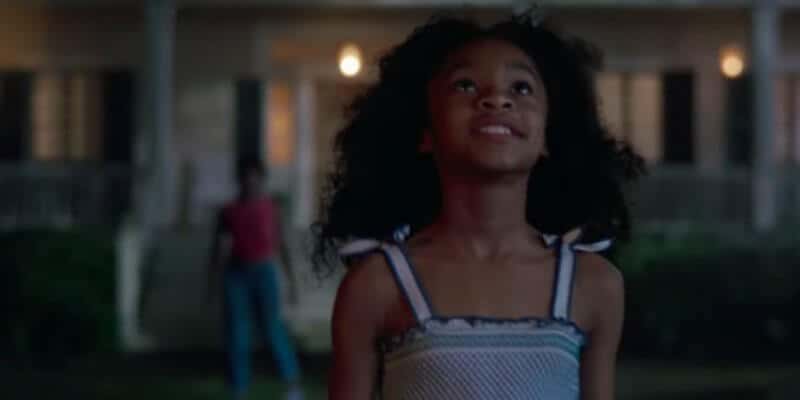 **SPOILERS Ahead For WandaVision Episode 5**

Teyonah Parris steals every one of her scenes in Marvel’s first Disney+ series, WandaVision. Her character, Monica Rambeau, plays a pivotal role in the investigation of the Hex alongside FBI Agent Jimmy Woo (Randall Park) and Darcy Lewis (Kat Denning).

She was obviously close to Carol before her abduction, though the love may have faded based on her reaction to Captain Marvel’s name in Episode 5 of WandaVision. Perhaps Carol has abandoned them, and Monica blames her for her mother’s death. The cancer could have potentially been the result of flying into a space in an aircraft not designed for it.

In Captain Marvel, Maria, Carol, and Nick Fury (Samuel L. Jackson) battle the Kree Empire to save Skrull refugees. Ever since then, fans have been patiently waiting for the Rambeaus to return to the MCU and to find out what happened to the mother/daughter duo.

Now, WandaVision revealed that Maria founded S.W.O.R.D. and Monica later joined the organization, inspired by their experiences with aliens. In Episode 4, an adult Monica Rambeau wakes up in a hospital room, after returning from the Blip. Monica learns her mother ultimately died of cancer never giving on hope that her daughter would return after Thanos’s snap in 2018’s Avengers: Infinity War.

Monica went to Westview to investigate a missing person’s case. She touched the Hex barrier and was pulled into the reality warping bubble inhabited by Wanda Maximoff/Scarlett Witch (Elizabeth Olsen) and Vision (Paul Bettany).

Rambeau then became Wanda’s neighbor, Geraldine, living out the classic sitcom parodies along with all the other residents of Westview. That is, until Wanda expels her for mentioning the death of her brother Pietro/Quicksilver at the hands of Ultron.

After Monica returns to the world outside, the S.W.O.R.D. team runs a series of tests on her to determine if the effects of being inside the Hex. The X-ray comes back blank and, while Monica brushes this off as if it is not important, this is a significant clue that Monica has powers like her comic book abilities.

Monica first appeared in The Amazing Spider-Man Annual #16 (October 1982). After being hit by extra-dimensional energy, Monica gained the power to control all forms of energy. She could manipulate and control the electromagnetic spectrum, including lights and X-rays — an intriguing connection to WandaVision. Monica could even take the form of energy and project energy blasts.

Furthermore, the comic book version could fly, just like young Monica from the MCU wished when she learned Captain Marvel could. Rambeau was a long-time member of the Avengers in the comics and fought against Thanos alongside the Mighty Avengers.

Initially the comics even called her Captain Marvel, though she eventually relinquished the pseudonym to Genis-Vell, the son of the original Captain Marvel (Mar-Vell). Then, Monica took the name Photon. However, she later changed it again, this time to Pulsar, when Genis-Vell changed his name to Photon. Most recently she has been using the name Spectrum in current issues.

Her Future in the MCU

Marvel could be setting up many paths for Monica to take. The x-ray could indicate that she already has her powers and will become a superhero in Captain Marvel 2, where Teyonah Parris is set to reprise her roll. However, the blank X-ray could just be a nod to her future powers and was caused by the radiation from the Hex, and she may get her powers over the course of WandaVision.

A recently released sweatshirt from shopDisney, features her black and white costume colors. This hints that if she does not express her powers over the course of WandaVision, it is definitely in her future.

If Marvel is not setting up Monica to become one of many superhero identities, perhaps she will take over S.W.O.R.D. if Director Hayward (Josh Stamberg) becomes one of the antagonists going into the second half of the season.

Marvel has also hinted at Hayward’s nefarious agenda a few times. When Monica returned to work after the Blip, she remarked that Hayward was creating weapons. She commented that they have allies in space, not just enemies.

In the scene in Hayward’s office, his wall was decorated with diplomas and awards arranged in a hexagon. While hexagons are featured heavily in the show, all of them have been shown inside the Hex, with Hayward being the only exception.

We know that Wanda stole Vision’s body from S.W.O.R.D., but it has not been revealed why it was there in the first place. The footage showed his body laid out on a table, being examined perhaps to replicate the synthezoid.

What do you think? Does Monica already have superpowers, or will she gain them later in the series? Is Hayward a villain?

Comments Off on Is ‘WandaVision’ Setting Up A Superpowered Monica Rambeau?