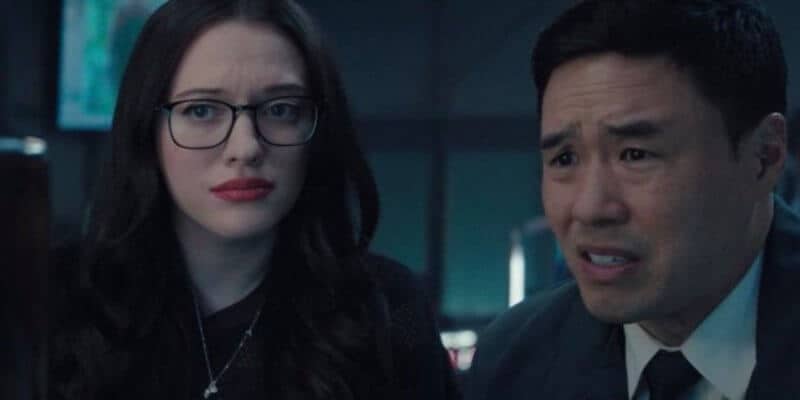 FBI Agent Jimmy Woo (Randall Park) has been one of the breakout stars of Marvel Studios’ WandaVision.

The FBI agent last appeared in Kevin Feige’s Marvel Cinematic Universe when he was given the job of babysitting Scott Lang/Ant-Man (Paul Rudd) in Ant-Man and the Wasp (2018).

In WandaVision, he has been tasked with investigating what the heck is happening in Westview, New Jersey — which doesn’t actually exist, mind you —  alongside fan-favorite Marvel character Darcy Lewis (Kat Dennings), Monica Rambeau (Teyonah Parris), and more.

In WandaVision Episode 4 (“We Interrupt This Program”), for example, Woo worked closely with Lewis to deduce what exactly was going on inside of the Hex — Lewis’s name for the hexagonal “bubble” that surrounds Westview’s classic sitcom world and its crazy cast of characters, including Agnes (Kathryn Hahn).

Hear me out: An entire Disney+ show about Jimmy Woo just working weird cases in the MCU. Like a fun X-Files. Make it happen.

The Tweet went crazy and now has almost 200,000 likes on the social media platform. Now, Ford has provided an update, and it sounds like this “underdog” production might actually have a shot:

Uh. Wow. So. We might have actually opened some doors on my Jimmy Woo X-Files idea. I’m spending the weekend writing the pitch. Can’t express how much of an underdog I am in this scenario so get too excited but cross your fingers and thanks to everyone who made it possible.

Uh. Wow. So. We might have actually opened some doors on my Jimmy Woo X-Files idea.

Can't express how much of an underdog I am in this scenario so get too excited but cross your fingers and thanks to everyone who made it possible. pic.twitter.com/cEEIz7WSlY

While nothing has been confirmed and Ford hasn’t even officially announced a meeting with Marvel Studios executives, actor Randall Park himself has already lent some credence to the notion of a spinoff series. He recently told ScreenRant he would absolutely be open to an Agents of ATLAS show:

“That camaraderie is real. I love Kat; I think she’s so amazing and so fun to work with, to work off of and to play with in these scenes. If that were to come up again, I do it in a heartbeat.”

For those unfamiliar with Woo’s role in WandaVision, the MCU Wiki has shared the following details — at least from what we know for sure at the mid-way point of the first season:

In 2023, directly after the Blip, Woo was involved in a missing persons case at Westview, New Jersey, only to later work alongside S.W.O.R.D. as a federal liaison when the town’s population mysteriously disappeared under strange circumstances. He collaborated with Monica Rambeau and astrophysicist Darcy Lewis to discover that Wanda Maximoff had taken the town under her control.

What do you think? Should there be a Jimmy Woo spinoff series?

WandaVision stars Elizabeth Olsen as Wanda Maximoff/Scarlet Witch and Paul Bettany as Vision. It airs every Friday on the Disney+ streaming platform.