'WandaVision': Quicksilver Might Be MCU's Next Villain - Inside the Magic 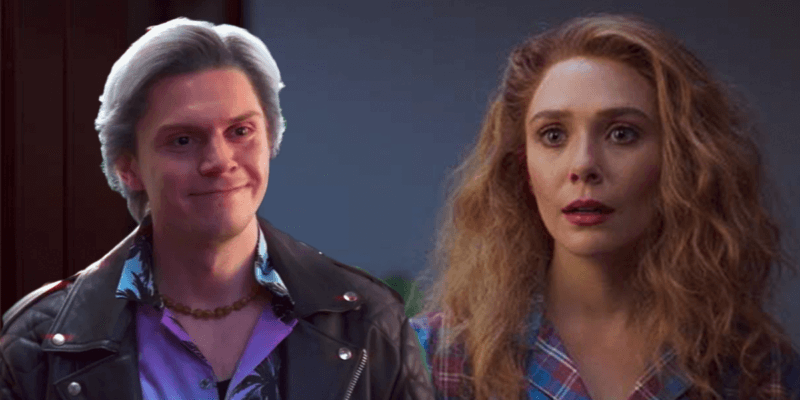 WandaVision is running at full speed, with new twists and turns happening in each episode. The Disney+ series introduced a game-changing character in a surprise cameo, but fans realize there’s more to this new character than meets the eye.

There was a hidden detail in the background that you might have missed.

We bet you didn’t see that coming. The unexpected return of Pietro Maximoff, the thought-to-be-dead brother of Wanda Maximoff, nearly broke the internet after episode five, On This Very Special Episode, came out last Friday. Previously played by Aaron Taylor-Johnson in the Marvel Cinematic Universe, the deceased Avenger met his demise in Avengers: Age of Ultron. At the same time, the actor Evan Peters portrayed the same character in Fox’s X-Men franchise.

While it’s confusing, up until last week, there were two separate Pietro Maximoff/Quicksilver characters in alternate universes. Now, Evan Peters’ “crossover” into the MCU confirmed the existence of the Multiverse.

As the classic sitcom series progresses, it seems that Elizabeth Olsen’s Scarlet Witch is losing control of her reality, and Quicksilver’s return suggests she opened up the Multiverse.

Twitter user @therealsupes quickly spotted Quicksilver’s reflection in a mirror shows his hand being red, it is clear something is off in Wanda’s perfect world:

Pietro’s hand in the mirror is red! Mephisto could be disguising himself as Quicksilver!

Pietro’s hand in the mirror is red! Mephisto could be disguising himself as Quicksilver!? pic.twitter.com/TWLrtaAA61

The detail is small and nearly unnoticeable, but the fact that Pietro suddenly appeared at the door and completely shocked Wanda shows that she wasn’t behind the “recast” of her brother.

While not everyone might be aware, WandaVision is heavily based on Marvel’s House of M comic series and other storylines in the comics that have to do with Scarlet Witch and Vision. The fan-favorite comic books introduce one of Marvel’s biggest villains: Mephisto. The character is a dark, demonic force that serves as the House of M comics’ main antagonist.

Every Marvel fan has kept a close eye on Kathryn Hahn’s character, Agnes. Believed to be Marvel’s dark witch sorceress, Agatha Harkness, any Marvel comic buff knows that the character becomes a mentor/mother-figure to Wanda. While Agnes’ true identity remains a mystery, she’s always present at the climax of each episode and doesn’t make a fuss when Wanda’s powers are either mentioned or used in front of her.

Marvel fan theories suggest that Agnes’s never-seen husband is Mephisto, hence Agnes’s relaxed reactions to seeing the twins, Billy and Tommy, rapidly aging-up. This would further explain Norms’ claim that “she’s in my head!” in episode five of WandaVision refers to Agnes, not Wanda.

Now, Quicksilver is the main suspect. Mephisto is known for disguising himself and taking others’ forms, and Quicksilver’s red hand might confirm Mephisto’s introduction into the MCU.

Do you think Quicksilver could be Mephisto in disguise? Let us know in the comments!

Comments Off on ‘WandaVision’: Quicksilver Might Be MCU’s Next Villain