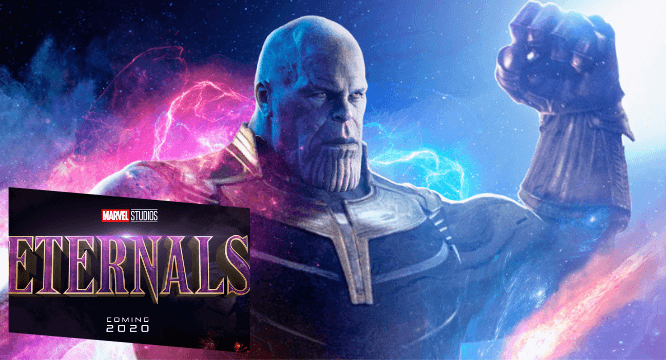 Is a Thanos MCU return on the cards? His creator certainly seems to think so.

Will Thanos appear in The Eternals?

Starlin spoke to the Phase Zero podcast and gave his thoughts on a Thanos MCU return. While Starlin isn’t exactly a first-hand source for Marvel Studios, he certainly has some insight. He said that The Eternals seems to be the most likely film that Thanos will pop up in:

“I think they are [considering bringing Thanos back]. They made a truck of money off of, and I believe I’ve heard some rumors that he’s coming back in different things. The first I think I’ve heard confirmed from Marvel Studios, he’s going to be in at least a guest appearance inside the Eternals. So he’s going to be around. I heard this myself, this is something I read somewhere.”

The Eternals is due to come out this year, though with Black Widow looking to be pushed back again, that remains to be seen. However, would Kevin Feige and co really bring back the Mad Titan just two years after Avengers: Endgame?

Related: Marvel may use Thanos’ snap to introduce X-Men in the MCU

Could a Thanos MCU return really be on the cards?

It’s no secret that Marvel fans love Thanos and most feel that Josh Brolin did a fantastic job. However, it’s only been three years since the blip / the snap and two since he was killed in Avengers: Endgame. It might be a little too soon to bring him back just yet, and Marvel risks undercutting Iron Man / Tony Stark’s sacrifice.

However, if the rumors are true, then The Eternals seems like the perfect time. It’s thought that the movie will be set over thousands of years and we know it’s set in the cosmic part of the Marvel Cinematic Universe.

The likelihood is that the group would’ve come across the universe’s most dastardly villain at some point. Here’s hoping! We’d love to see Brolin return to the role.

The MCU is expanding

It’s no secret that the Marvel Cinematic Universe is looking to take some wild and wacky directions during phase four. Since the Infinity War, we may have lost Captain America (or have we, Chris Evans?) and Iron Man, but the slate is bigger than ever. The multiverse is on the way in Doctor Strange 2, though things are already getting weird with Wanda Maximoff and Vision in WandaVision.

The Mad Titan played a huge role in the lovable robot’s death (i.e, he killed him). So, could he appear in this series? Even as a flashback, perhaps? If there’s one thing Marvel comics can’t do — it keeps any of its heroes or villains dead. Though the infinity gauntlet may be gone, the MCU’s Thanos could still return in a multitude of ways. We saw a different Thanos in Infinity War to the one we saw in Endgame, for example.

With Doctor Strange seemingly set to hop multiverses like their coffee shops in the next movie, maybe the magical Avenger will bump into Thanos there, too! The character is a fan favorite and one of the best MCU villains for sure. It won’t be long before fans are clamoring for the Mad Titan’s return, especially if Deadpool is truly coming to the Marvel Universe! The two have quite the relationship in the comic book universe and it’d be great to see that explored in a future movie.

But for now, only time will tell.

Is a Thanos MCU return likely? Let us know in the comments below.

Comments Off on Thanos May Return In ‘The Eternals’, Says Creator