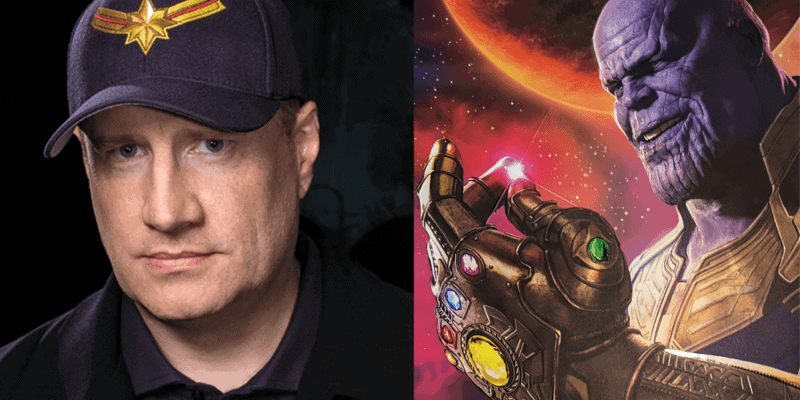 Marvel Studios boss Kevin Feige has said that Phase Four will not be defined by “The Blip”. He also commented on the unintended parallels to the current pandemic.

For those who don’t know, “The Blip” was the name, within the Marvel Cinematic Universe, for Thanos’s universe-wiping finger snap at the end of Avengers: Infinity War. What fans had previously dubbed “the snap” occurred right at the end of the third Avengers movie, and saw half of all life in the universe wiped out.

Casualties included several prominent Marvel characters including Doctor Strange (Benedict Cumberbatch), Spider-Man (Tom Holland), Black Panther (the late Chadwick Boseman), and almost all of the Guardians of the Galaxy. It also had far-reaching consequences that characters in the Marvel universe are still feeling.

However, Kevin Feige wants Marvel fans to know that the event won’t be the focal point for the Phase Four movies and shows to come. Speaking to Variety, he said;

“I was wary of it becoming like ‘The Battle of New York,’ which was the third act of Avengers 1, which ended up being referenced as an event kind of constantly, and sometimes better than others. And I was wary of that.”

He’s not wrong. The Battle of New York became a staple of the Marvel Cinematic Universe. Writers referenced it in tones of movies, including Captain America: Civil War, where it was a significant reason for creating the Sokovia accords. It even made its way into the Netflix Marvel shows like Daredevil, as characters referenced continuously “the incident”.

“The Blip” and the pandemic

Feige also discussed how the snap parallels the way we talk about the current pandemic. He said;

“It is quite interesting, as you will see in a number of our upcoming projects, the parallels where it will very much seem like people are talking about the Covid pandemic. Within the context of the MCU, they’re talking about The Blip, but it really revitalized that notion in a way that made it substantive.”

Again, he’s not wrong. The events of Avengers: Infinity War leave a grave impact on our heroes and the world around them, as seen in the prologue of Avengers: Endgame.

The sorrowful mourning and therapy sessions are sadly not a work of fiction for many. Additionally, the all-encompassing news coverage of “The Blip” also brings to mind the pandemic’s inescapable nature. Regardless of if you agree, it’s an interesting take from Marvel Studios’ top boss.

We can’t wait to see how Phase Four plays out, especially as it’s had such a strong start with WandaVision. However, it seems that although it was a huge part of Spider-Man: Far From Home, “The Blip” won’t be along for the whole ride.

What do you think of Feige’s comments? Let us know in the comments below.

Comments Off on Feige Compares “The Blip” to COVID, Gives Phase Four Insight