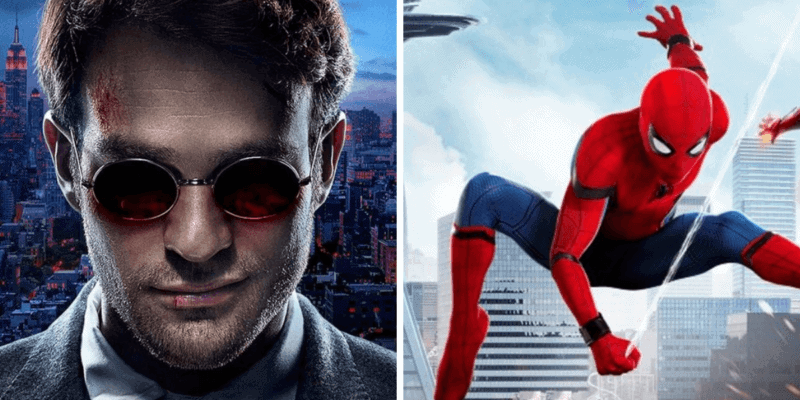 Oh, man. Could Spider-Man 3 get any crazier? Apparently so. That’s because, according to a report by Comic Book via the often reliable Murphy’s Multiverse, a new fighter has emerged. Charlie Cox will be donning the red suit once more and return as the “man without fear”: Daredevil.

The report follows the news that Alfred Molina will reprise his role as Doctor Octopus from the Sam Raimi Spider-Man trilogy.

On top of that, we’ve heard that both Tobey Maguire and Andrew Garfield will also return as their respective Spider-Man with some familiar faces in tow.

This movie is getting pretty wild!

Who is Charlie Cox?

For those who don’t know, Cox is a British actor who portrayed Matt Murdoch, AKA Daredevil, in Netflix’s series of the same name. Cox was an instant fan favorite, and most unanimously agree that he was the perfect Daredevil; suave, intelligent, and amazing at kicking butt. Fans also fell in love with Murdoch’s friends Foggy Nelson (Elden Henson) and Karen Page (Deborah Ann Wolf). John Bernthal’s Punisher also proved exceeding popular, even getting his own spinoff show.

Unfortunately, fans were gutted when Daredevil was canceled following the character’s license expiring. This meant that after a thrilling conclusion to the epic season three, Charlie Cox’s Daredevil was no more.

However, Marvel fans did not give up hope. A petition to revive Daredevil with Cox in the suit gained more than 350,000 signatures, with Wilson Fisk actor Vincent D’Onofrio urging fans to sign it.

Fans also noted that as of November 29th, the rights to producing Daredevil centric content once again reverted to Disney.

So what does Cox’s return mean for Spider-Man 3?

Well, it means that the report definitely has some weight behind it. We already know that the third film in the Tom Holland led series is already going to be wild. IMDB lists Benedict Cumberbatch (Doctor Strange) as a returning cast member, and we also know that Molina will be back as Doc Ock.

Very interesting, however, is the return of another Spider-Man rogue, Electro (Jamie Foxx). This character first appeared in The Amazing Spider-Man 2, which also starred Andrew Garfield as the web-slinger.

With the return of both the Raimi and Mark Webb universe villains in the picture, it seems almost inevitable that Maguire, Garfield, and even Kirstin Dunst (who portrayed Mary Jane Watson), will be back.

Charlie Cox’s Daredevil is just the icing on the cake, but if this report turns out to be true, we’re in for one heck of a Spider-Man movie. It makes sense, too, as when we last saw Peter Parker, he was in some pretty hot legal water thanks to another returning Raimi character: J. Jonah Jameson.

If only he knew a good lawyer…

It should be mentioned that, at this time, Marvel has not released an official statement regarding this rumor, and should be taken with a grain of salt for the time being. In the meantime, be sure to subscribe and stay tuned to Inside the Magic as we continue to update our readers with the latest Marvel movie news as it comes to light.

What do you think? Will Daredevil return? Let us know in the comments below.