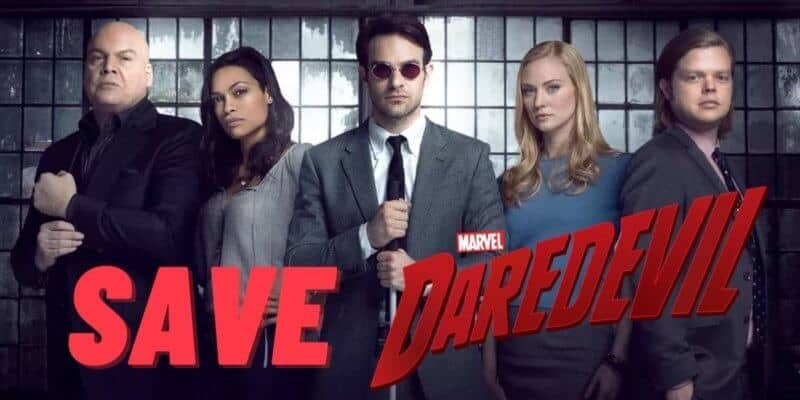 A petition for the revival of Marvel and Netflix‘s hit superhero TV show Daredevil has hit 350,000 signatures. But what is the “Bring Back Daredevil” petition, and can it really make a difference? 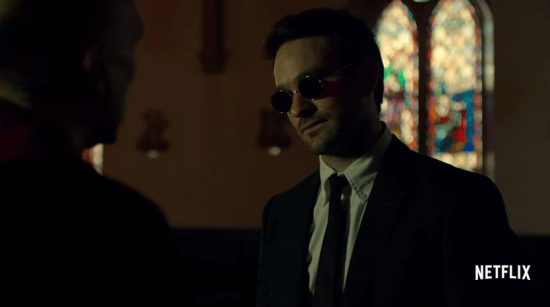 As you may recall, Daredevil was canceled after a highly successful and critically acclaimed third season, though reports have suggested that while the final series was received far better by critics, a declining viewership following its second season sealed the show’s fate.

According to the same report by Digital Spy, Netflix is also thought to be more interested in creating original content that makes it less beholden to other companies like Marvel. This even follows an attempt at pitching season four by showrunner Erik Oleson, which was obviously unsuccessful.

However, there is a hope that salvation may come (however unlikely it may be) through Disney+ and Hulu.

How likely is Disney to bring Daredevil back to the world of streaming?

A couple of weeks ago, we’d say pretty unlikely. However, a few recent reports by us have made us wonder whether Disney will revive the masked vigilante known as the Devil of Hell’s Kitchen.

First of all, we know that Marvel Studios officially gets the rights to Daredevil back this year, in December (two years after Daredevil‘s cancelation); some say this is already a good sign.

We then heard the rumor that both Daredevil and The Punisher are reportedly being considered for a return to the Marvel Cinematic Universe and that both would channel the original series’ incredible cast by having Charlie Cox and Jon Bernthal return. Netflix may own the rights to the Marvel television series it produced, but the characters’ rights will soon sit back with Disney.

The rumor suggests that The Punisher and Daredevil could both return on Hulu, though we also know that Disney has started to survey users of its core streaming service Disney+, asking whether they’d like to see more mature content available.

Could this signal the return of Marvel television productions and the fabled Daredevil season four?

What does the petition want?

The petition to bring back Daredevil aims to do just that: bring the man without fear back to our screens. Fans quickly fell in love with the gritty adventures of Daredevil, Wilson Fisk, The Punisher, Foggy, Karen, Elektra, and every other character that made the show great. A fourth season was highly anticipated, particularly as it was allegedly set to continue the compelling story of Benjamin Poindexter / Bullseye.

Marvel fans are notoriously stubborn, and with a series as fantastic as Daredevil, who can blame them. Here’s what the fans of this Netflix original adventure outlined the MO of the fan petition as;

‘Marvel‘s Daredevil has been canceled after a critically acclaimed third season, in what appears to be a one-sided move by Netflix. Despite the show’s success, Netflix has concluded that going ahead with an already planned-out fourth season does not serve their long-term business interests.

As dedicated fans and savvy consumers of genre entertainment, we are convinced that Marvel‘s Daredevil has great value, and, as dedicated consumers, we represent value to any media outlet that might want to continue the journey for these characters and their cast.

Our wishes are that Marvel Television, and its parent company Disney, reach a deal with Netflix that allows the show, in its current format and with its current cast and crew, to continue on a different platform as soon as possible.

According to the scant information available, the characters from Daredevil and the other Netflix shows are barred from use elsewhere for a time period of two years post-cancellation. Ideally, a deal can be made that allows Disney to take over the streaming rights of existing season and continue production uninterrupted.

However, fans are willing to wait the two years if doing so allows Disney to continue production on another platform, such as its soon to be majority-owned Hulu service or any other service that is willing to be the hero of this story.

If you want to do even more beyond signing this petition, follow @RenewDaredevil on Twitter or check out http://www.savedaredevil.com which will be updated with actionable tasks all Daredevil fans can take to make sure our voices remain heard!’

Many fans like myself hope to see the return of Matt Murdock and the gang. We know that Cox has not been approached to appear in Spider-Man 3 as rumored, but that doesn’t mean the MCU is done with him.

If there’s one thing we’re almost certain of, however, it’s that we won’t be seeing a return of Finn Jones’s Iron Fist any time soon.

What do you think of the “Bring Back Daredevil” petition? Let us know in the comments below.

Comments Off on ‘Bring Back Daredevil’ Petition Tops 350,000 Signatures