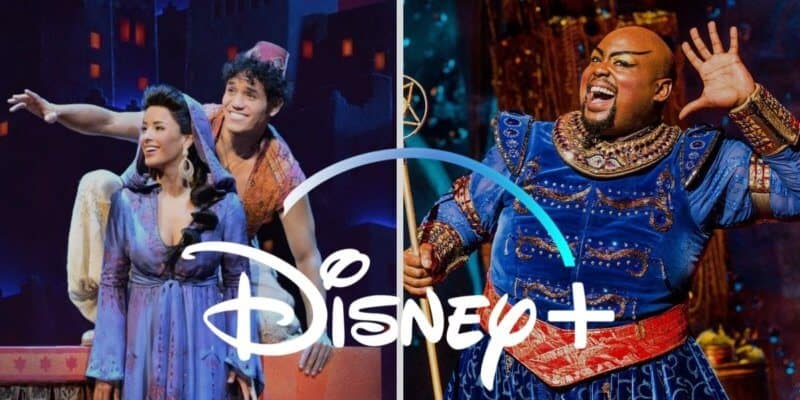 With the recent success of the broadway musical, Hamilton, hitting Disney+, many are left wondering — Will Disney release more of its own broadway musicals to the streaming service?

From The Lion King to Frozen to Aladdin, Disney has had several hit broadway shows that could be successful on Disney+. Well now, according to Filmed on Stage, Disney is planning to release one of these Disney broadway shows!

Filmed on Stage reports that Disney’s hit West End musical, Aladdin, was already filmed for a worldwide release right before it closed in London last year. They also report that Disney was actually planning to release Aladdin earlier this year, however, plans suddenly changed when they decided to release the Broadway hit musical, Hamilton, early instead. (It was originally supposed to be released in October 2021.)

This is no surprise as Hamilton was a huge success for the streaming platform. However, now Disney needs to look for new content to add to Disney+ in order to keep those new customers who joined specifically to see Hamilton. It is rumored that Disney+ will release Aladdin: Live From The West End just before the end of this year.

Aladdin: Live From The West End opened at the Prince Edward Theatre on June 15, 2016 and closed about 3 years later. The previously recorded live recording will feature Broadway cast member Trevor Dion Nicholas as Genie, as he is joined by other cast members from several different productions of the Disney Theatrical Production of Aladdin from all around the world.

Filmed on Stage stated that a Disney representative confirmed the Disney Theatrical Production of Aladdin was recently captured on film. They also confirmed that more details will be coming soon.

Do you want to see Disney release its Disney Theatrical Production of Aladdin on Broadway? Let us know in the comments below.