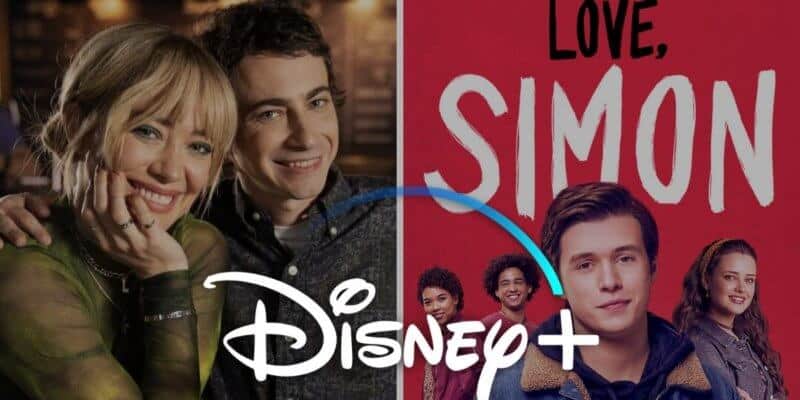 Last month, not only did we report that Hilary Duff suggested the Lizzie McGuire reboot was not “family-friendly” enough for the Disney streaming service, but we also reported that the Love, Simon series (Love Victor), which was originally planned to air on Disney+, is now going to launch on Hulu.

Both the Love, Simon series and the Lizzie McGuire reboot were reportedly moved off of the Disney streaming service for “family-friendly” reasonings. Hilary Duff herself even spoke out on the matter in when she posted on Instagram saying “Was incredibly excited to launch ‘Lizzie’ on D+ and my passion remains! However, I feel a huge responsibility to honor the fans’ relationship with LIZZIE who, like me, grew up seeing themselves in her. I’d be doing a disservice to everyone by limiting the realities of a 30-year-old’s journey to live under the ceiling of a PG rating.”

Related: Hilary Duff Speaks Out About Status and Thoughts On Lizzie McGuire Reboot

Duff continued with “It’s important to me that just as her experience as a preteen/teenager navigating life were authentic, her next chapters are equally as real and relatable. It would be a dream if Disney let us move the show to Hulu if they were interested, and I could bring this beloved character to life again.”

This is interesting since there are now reports of Disney+ emailing current subscribers a survey relating to “more mature content”.

One Disney+ subscriber went to the Disney+ Reddit page this past week and shared a very intriguing screenshot from an email received by the user. The survey was sent out by the streaming service and asked the subscriber how likely they would be to watch a television show on the list provided. There was a drop-down list of choices, which includes shows such as Buffy the Vampire Slayer, How I Met Your Mother, Firefly, Modern Family, Black-ish, and Malcolm in the Middle.

Although these television shows listed are not really “mature” content or intended for adults only, they are, however, a bit more geared towards an older crowd than a majority of the films and tv shows currently in the Disney+ library.

Related: OpEd: Okay, Disney+. How Do You Define “Family-Friendly”?

Subscribers can still watch the Disney Channel original series, Lizzie McGuire, on Disney+ and will be able to watch the Love, Simon (which will be titled Love Victor) TV series once it hits Hulu.