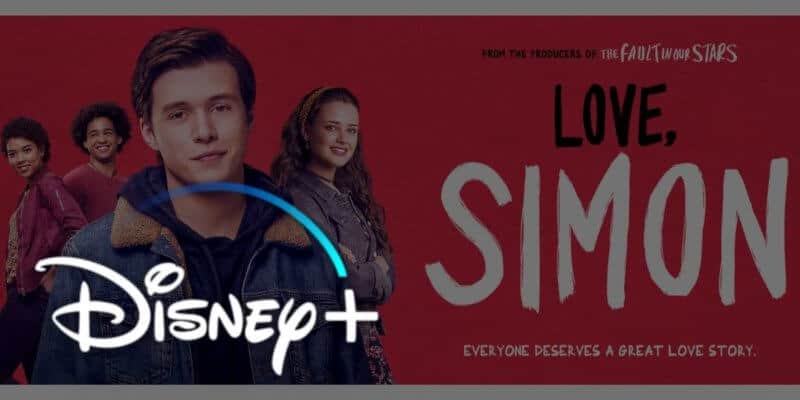 It looks as though the upcoming Love, Simon series is currently being moved from one streaming service to another.

According to Variety, the Love, Simon series, which was originally planned to air on Disney+, is now going to launch on Hulu. The show also has a new name to go along with this move — Love, Victor.

Related: “Love, Simon” TV series in the works for Disney+

The Premise of Love, Victor

The upcoming series will focus on the new Creekwood High School student, Victor, who faces his own challenges and adjustments, including his sexual orientation, as he moves to a new city.

The upcoming Love, Victor series will debut its first season, consisting of 10 episodes, in June. June is also known as Pride Month, so this debut date makes sense.

Related: What Disney+ Originals Are Coming In 2020? We Have Your Schedule!

It looks as though the upcoming television series will feature a brand new cast, so unfortunately no Nick Robinson or Katherine Langford, but the good news is both screenwriters, Elizabeth Berger and Isaac Aptaker, will return to serve as showrunners!

In 2018, the popular romantic teen comedy-drama movie touched many people from across the country and followed the story of a young gay teen struggling with his identity. Starring Nick Robinson, Jennifer Garner, Josh Duhamel, Katherine Langford, Keiynan Lonsdale, Alexandra Shipp, Jorge Lendeborg Jr. and others, it’s no wonder the film was extremely popular.

Here is the official film synopsis:

Everyone deserves a great love story, but for 17-year-old Simon Spier (Nick Robinson), it’s a little more complicated. He hasn’t told his family or friends that he’s gay, and he doesn’t know the identity of the anonymous classmate that he’s fallen for online. Resolving both issues proves hilarious, terrifying and life-changing.

The 2018 film was actually based on a novel titled Simon vs. the Homo Sapiens Agenda by Becky Albertalli. Love, Simon was produced by the Fox 2000 studio, which ended up coming to an end once the Disney-Fox merger took place.

Related: Disney+ will be available as a Hulu add-on

You can stream the best movies, shows, and sports for just $12.99 per month when you bundle and save! Disney+, Hulu and ESPN+ are currently being offered as a bundle. You can sign up for these streaming services today by visiting Disney+’s official site here.

Are you excited for the new series based off of Love, Simon? Let us know in the comments.