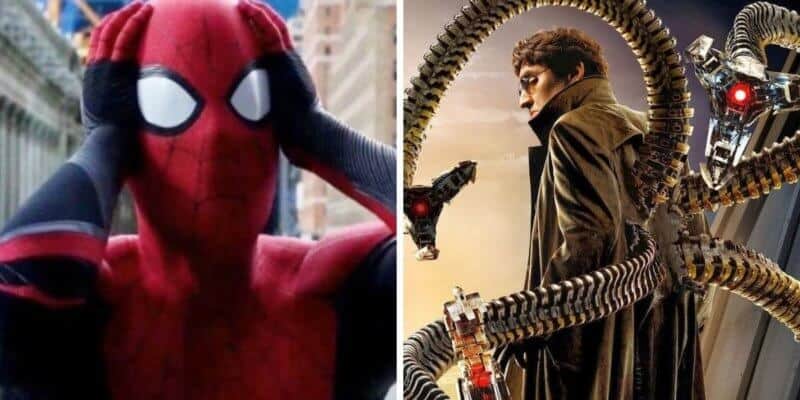 Marvel Cinematic Universe fans are anxiously awaiting the release of the next Spider-Man film, which is set to debut at the end of 2021. Unfortunately, not much information has been released surrounding the upcoming third installment, until now!

The Hollywood Reporter has just confirmed yet another star from Sam Raimi’s Spider-Man films will be making his return to the MCU — Doctor Octopus! And who is set to play the Marvel villain? Well, no other than Alfred Molina!

The actor is set to reprise his role as Doctor Octopus, also known as Otto Octavius, in the upcoming Spider-Man 3 film after he completely blew fans away with his portrayal of the MCU villain in Spider-Man 2.

Molina, as Doctor Octopus, will be joining the already confirmed Jamie Foxx, who will be returning to the MCU to play Electro. He previously played the same character in The Amazing Spider-Man 2, making Molina the second confirmed character to return from past Spider-Man films.

Unfortunately, other than the fact that we now know Alfred Molina will return as Doctor Octopus and Jamie Foxx will return as Electro, fans don’t know much about the upcoming film. Though there has been a lot of speculation going around that the past two Spider-Mans, Tobey Maguire and Andrew Garfield, would join Tom Holland in the third Spider-Man film, however, this has not been confirmed at this time.

With the addition of Alfred Molina as Doctor Octopus, this is feeding into the rumor of the possible Spider-Verse, but we will just have to wait and see what other details will surface about the upcoming film.

The cast of Spider-Man 3 has been getting fans excited as Holland recently shared a behind-the-scenes video of him in his costume to get followers pumped up, and Jacob Batalon, who portrays Peter Parker’s best friend, Ned, in the Spider-Man films, took to his Instagram to post a video of his reaction to reading the script.

Inside the Magic will continue to update you as we get information regarding the upcoming Marvel Cinematic Universe film.

Spider-Man 3 is set to release in theaters on December 17, 2021. Are you excited about the upcoming MCU film? Let us know in the comments below.