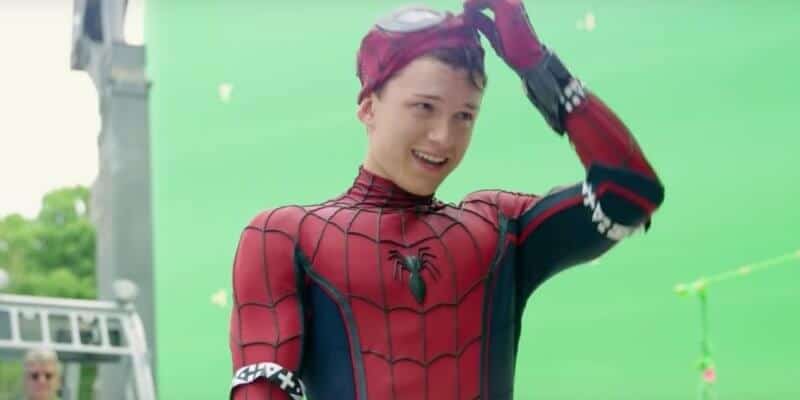 Tom Holland is known for accidentally spoiling films, so as he gears up for the upcoming Spider-Man 3 movie, the MCU actor is being extremely careful about what he is posting on social media.

Holland recently arrived in Atlanta as the cast and crew began some photography for Spider-Man 3. Co-stars Zendaya and Jacob Batalon also arrived on the scene to begin pre-production.

Well, it seems as though Holland can’t contain his excitement for the upcoming Marvel film because, on Tuesday afternoon, he took to social media to share a behind-the-scenes look at his character from the set of Spider-Man: Homecoming — careful not to spoil anything from the upcoming film!

Comicbook.com reshared the Instagram video to their social media, which you can view here:

We do know that Jamie Foxx, will be returning to the MCU to play Electro, who he previously played in The Amazing Spider-Man 2. When speaking of Foxx joining the film, Spider-Man 3‘s Jacob Batalon told ComicBook:

“I’m a huge fan of Jamie Foxx. Like, literally, I grew up watching his things so being able to work with all these influential people in these movies has been like a godsend. “I truly can’t believe … it’s really because of Spider-Man that I get to meet all my heroes. Just having Jamie Foxx, he’s so prolific, he’s this very diverse … he can just do everything. It’s so awesome to really just know that he’s in our project. That’s so awesome.”

Spider-Man 3 is set to release in theaters on December 17, 2021. Are you excited for the upcoming MCU film? Let us know in the comments below.