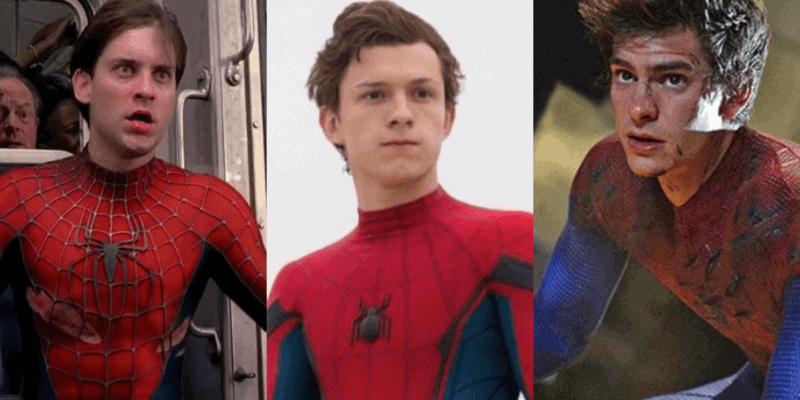 It was recently thought and hoped by many Spider-Man fans that they would get triple the Spidey in the second sequel to Spider-Man: Homecoming. Word from the proverbial rumor mill reported that the past two Spider-Mans, Tobey Maguire and Andrew Garfield, would join Tom Holland in the third standalone Spider-Man film in Marvel’s Cinematic Universe.

But it looks like this union is still only the hopes and dreams of fans. According to Comicbook.com, neither actor been signed on as an official member of the cast, and “Sony is sticking with it being an unconfirmed bit of information.”

What does that mean? Well, it does not mean that Sony has officially debunked the rumor just yet, so with that comes some remaining hope that all three Spider-Mans–or Spider-Men(?)–can come together.

We at Inside the Magic recently reported that Dr. Strange was confirmed to appear in the next MCU Spider-Man film and fans are speculating that it will be very closely tied to the upcoming Dr. Strange and the Multiverse of Madness. This also suggests that Dr. Strange’s experience in the multiverse could help trigger the beginning of Sony’s planned Spider-verse akin to what fans saw in the animated feature film, Spider-Man: Into the Spider-verse. However, the size of Strange’s role–played by Benedict Cumberbatch–is still unknown at this time.

In fact, there are very few plot points about the next Spider-Man movie that are actually confirmed at this point. We still don’t even know what this movie is going to be officially called yet other than the title it is operating under in New York called Serenity Now.

What we know for sure is that this third movie is expected to take place after the events of Spider-Man: Far From Home in the aftermath of Peter Parker’s fight with Mysterio and his secret identity being revealed to the world.

We at Inside the Magic will continue to update our readers as more information on Spider-Man 3 comes to light.

Comments Off on Will Tobey Maguire, Andrew Garfield Appear in ‘Spider-Man 3’?