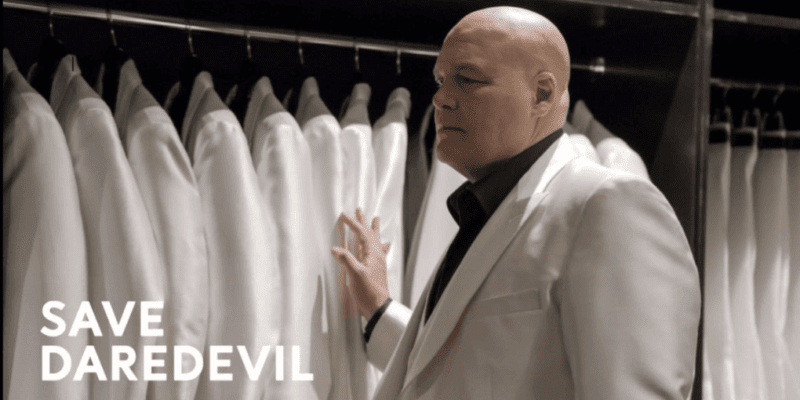 Related: Disney Is Beating Netflix at Its Own Game

Now, as the rights for the Marvel series will revert from Netflix to Disney tomorrow (November 29), could a revival or reboot be more likely to happen? Actor Vincent D’Onofrio is hoping so!

With that in mind, Vincent D’Onofrio — who starred in the Netflix series Marvel’s Daredevil as main antagonist Wilson Fisk/Kingpin — is urging fans to sign the #SaveDaredevil petition, which asks that the House of Mouse revive Daredevil for a fourth season once it is legally able do so, be it on Hulu or otherwise.

We have four days until the two-year moratorium is over. Have you signed the petition? We’re at 370,369 signatures and counting. @MarvelStudios @Marvel @hulu @Kevfeigs [Marvel Studios President Kevin Feige] we haven’t given up @vincentdonofrio is Kingpin, #CharlieCoxisDaredevil #SaveDaredevil

We have 4 days until the two year moratorium is over. Have you signed the petition? We’re at 370,369 signatures and counting. @MarvelStudios @Marvel @hulu @Kevfeige we haven’t given up. @vincentdonofrio is Kingpin, #CharlieCoxIsDaredevil #SaveDaredevil https://t.co/t6dJOgTrFi pic.twitter.com/qsSaadvXP5

In part, the petition page reads:

Our wishes are that Marvel Television, and its parent company Disney, reach a deal with Netflix that allows the show, in its current format and with its current cast and crew, to continue on a different platform as soon as possible.

According to the scant information available, the characters from Daredevil and the other Netflix shows are barred from use elsewhere for a time period of two years post-cancellation. Ideally, a deal can be made that allows Disney to take over the streaming rights of existing season and continue production uninterrupted.

However, fans are willing to wait the two years if doing so allows Disney to continue production on another platform, such as its soon to be majority-owned Hulu service or any other service that is willing to be the hero of this story.

Sign the Save Daredevil petition for yourself here. There are currently nearly 400,000 signatures!