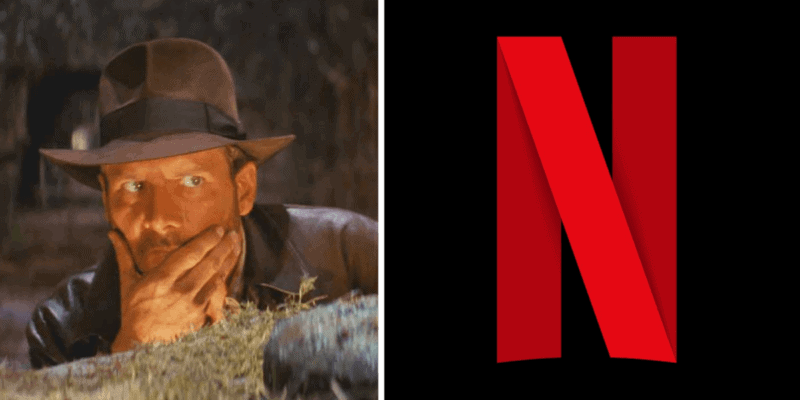 The year 2020 has been the year of ups and downs (mainly downs). The world is slowly recovering from the COVID-19 pandemic as theaters struggle to reopen and streaming platforms, such as Prime Video, Disney+, and Hulu, are becoming more popular by the second.

Netflix seems to be always releasing an original series or streaming classic movies, but get ready to say goodbye to one of the greatest film franchises of all-time. On December 31, all four Indiana Jones films — Raiders of the Lost Ark, Temple of Doom, The Last Crusade, and Kingdom of the Crystal Skull are leaving Netflix. The titles are joining The Office, Gossip Girl, and the Back to the Future films in December.

This news comes in the wake of Indiana Jones 5 slowly taking off with a mix-match of writers and directors. Logan and Ford v Ferrari director James Mangold is currently at the helm of directing the next Indiana Jones film, with Harrison Ford, 78, returning to put back on Indy’s cap one last time. While there’s no announcement where the Indiana Jones movies are ending up, they may be featured on Paramount Picture’s future streaming service “Paramount+.”

Though many had hoped any of the Indiana Jones movies would make their way to Disney+, it seems unlikely after CBS announced their new Paramount Pictures streaming platform earlier this year. Though Disney owns half the rights to the films through Lucasfilm, Paramount Pictures are the leading distributors of the movies.

George Lucas and Steven Spielberg teamed up after Lucas’ Star Wars IV – A New Hope to create Raiders of the Lost Ark. The film quickly became a blockbuster and is hailed by fans and critics alike as one of the best movies of all-time. It is currently listed in IMDb’s “Top Rated Movies” list, with 8.4/10 and a 95% rating on Rotten Tomatoes.

All you Indiana Jones fans better watch your favorite movies one last time on Netflix before they leave at the end of the year!

Are you sad to see the Indiana Jones movies to leave Netflix? Let us know in the comments below!

Comments Off on Every ‘Indiana Jones’ Movie Is Leaving Netflix