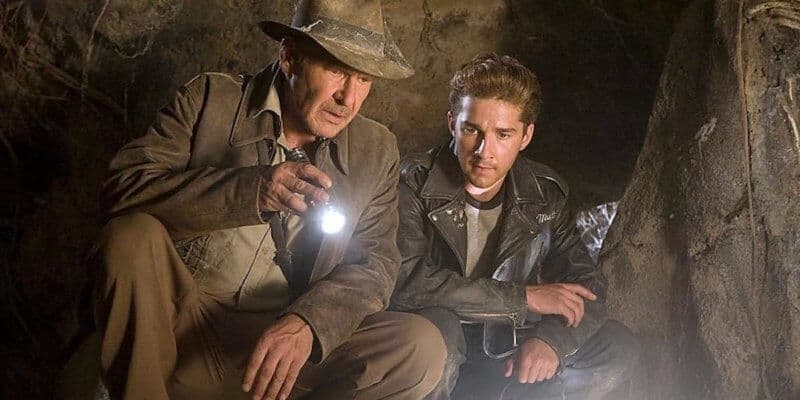 There is going to be a fifth Indiana Jones movie. That much we know. But since the news broke that Steven Spielberg was stepping out of the director’s chair for James Mangold, there has not been much development on this highly-anticipated non-Star Wars project from Lucasfilm.

Indy 5 has also been clear of rumors for the most part. At least, until now.

A new rumor from unnamed insiders reports that actor Shia LaBeouf wants to return to the franchise. LaBeouf co-starred alongside Harrison Ford in the last installment, Indiana Jones and the Kingdom of the Crystal Skull as Mutt, the son of Indy and his old flame Marion Ravenwood (Karen Allen).

Many Indiana Jones fans rejected the last film for many reasons. One of them being how filmmakers incorporated LaBeouf’s new role in the franchise.

When the new Indy films were first announced, it was made clear that LaBeouf was not expected to reprise his role. However, it was later suggested by Lucasfilm head Kathleen Kennedy that the upcoming and currently unnamed Indy film was pushed back multiple times due to issues with the script. Indiana Jones 5 is now scheduled to hit theaters in Summer 2022. It was supposed to begin filming in April 2020, before the pandemic hit.

While this is just a rumor and should be taken with the largest grain of salt, the presumed early stages in which we still find Lucafilm’s Indy project opens up an actual possibility for LaBeouf to work his way back into the story. Since Kingdom of the Crystal Skull, the former Disney Channel actor has proven himself to be a solid actor, especially in two films: Fury directed by David Ayer, and The Peanut Butter Falcon in which he co-starred alongside Zack Gottsagen, Ann Owens, and Dakota Johnson.

At this point, only time will tell if we will see Shia LaBeouf return to Harrison Ford’s side. We at Inside the Magic will update our readers as more official information on Indiana Jones 5 comes to light.

Do you think Shia LaBeouf should return for Indiana Jones 5? Why or why not? What did you think of his performance in Kingdom of the Crystal Skull? Let us know in the comments!