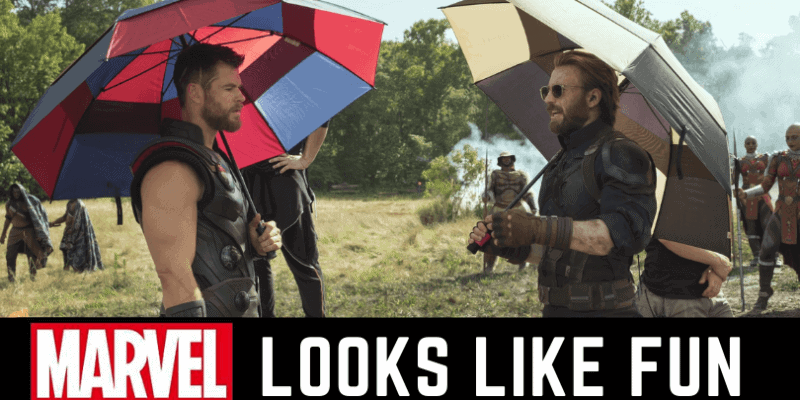 Working on a movie set can be hard work, but that doesn’t mean it can’t be super fun too. The Marvel Cinematic Universe has always embraced a pretty chilled, funny vibe that permeates through its films, and it seems that vibe is just as relevant behind the scenes. To commemorate the launch of Marvel‘s Avengers: Infinity War launching on Disney+, the streaming service shared a handful of set photos taken while filming the ambitious first part to the end of the Infinity Saga.

Marvel fans will definitely want to check these pictures of Earth’s mightiest heroes hard at work on the set of Avengers Infinity War! 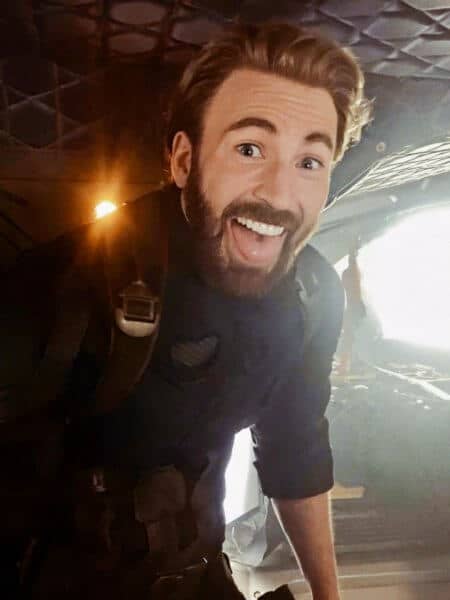 Captain America, the world’s most patriotic Avenger looks like he’s having an absolute blast in this adorable candid photo. What a treasure our first avenger is. 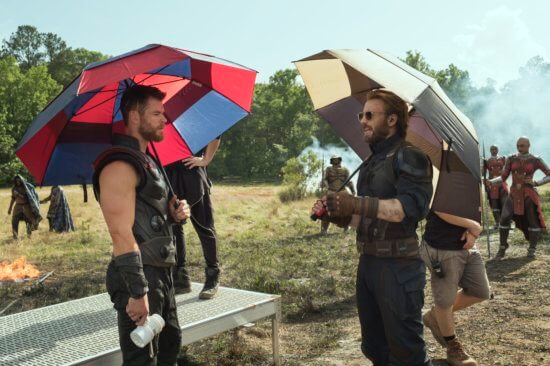 Ah yes, I remember this scene. I believe the Marvel superhero Thor is debating whether to share his umbrella with fellow avenger Captain America. True art if I’ve ever seen it. Careful, I sense a new Civil War movie! 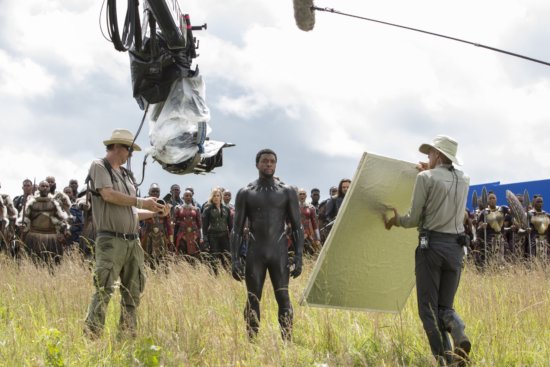 T’Challa looks ready for battle in his super cool armor in this Infinity War set photo. Though I can’t remember that camera in the final film. Huh. 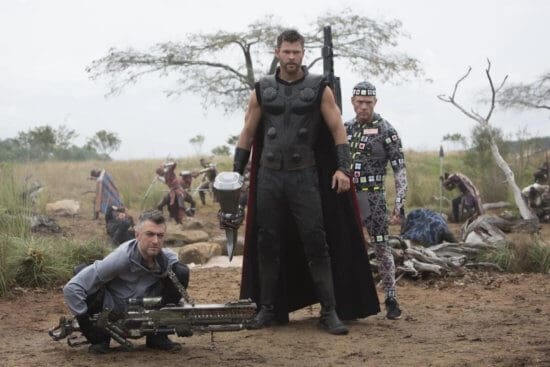 I’m not sure that Thor’s incredible entrance in Infinity War at the battle of Wakanda would’ve looked quite as he strode towards Thanos if Groot and Rocket Raccoon had still looked like this. 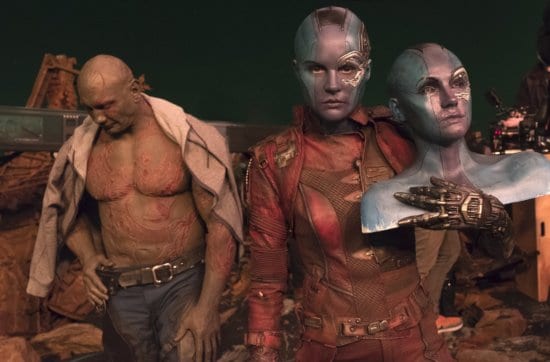 Marvel movies are known for their comic book origins, though I don’t remember the scene where Nebula holds her own disembodied head. Maybe it’s a Disney+ exclusive scene from Endgame, or perhaps an alternate reality opened up by Doctor Strange.

Related: Will Guardians of the Galaxy 4 Have New Cast? James Gunn Speaks Out 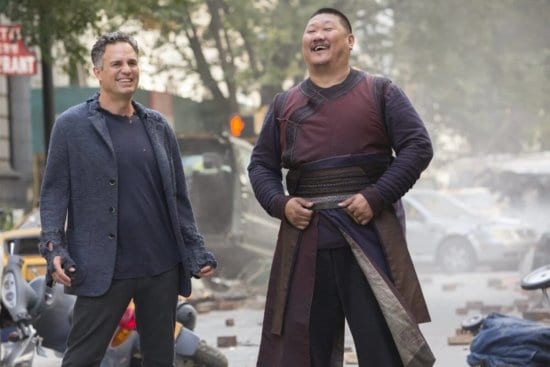 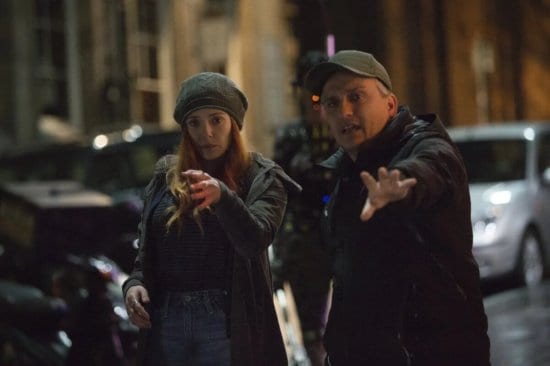 A pivotal scene in the MCU movies is filmed. Wait, isn’t that the guy from Captain America‘s support group in Avengers: Endgame? Just kidding, I know it’s one Russo Brother. No idea which one though.

It’s always fun to take a trip down memory lane and check out some behind the scenes photos. In the past, we’ve heard stars from the Star Wars series talk about how stressful filming can be, but the Marvel cast seems to enjoy every single second, something that definitely comes across on screen. For more incredible behind the scenes photos, follow Disney+ on Twitter.

Which was your favorite Infinity War set photo? Let us know in the comments below.